The Guardian's Charlie Skelton is interviewed from Sitges, Spain where the Bilderberg Cabal 2010 wrapped up a few days ago. Skelton is one of few journalists who have attempted to attend these affairs previously and seems to me to use words such as 'silly' quite a lot when he reports on this secretive organization of movers and shakers.

Question is, what are they preparing to shake? And can we move out of the way in time?

Actually, the euro is said to have been their main topic of discussion this year but for me it's the same as with all Politics: no matter what is being strongly promoted - or how diversionary it is - we can be fairly certain that it isn't the real deal we should be keeping a close eye upon.

And when things the power elite have rushed to 'save' or 'rescue' fail anyway, we can be fairly certain it was meant to fail. Yes, they are only human but you can't expect such bloodlines to admit to embarrassing infallibility when lesser mortals come a-knockin' for answers.

Can you even imagine that the April 20 BP Oil Catastrophe in the Gulf of Mexico - the blowout, the spill, the sabotage, whatever - was not a topic of discussion amongst the elite throng gathered in luxury at the swanky Dolce Hotel?

After all, the entire world was talking about it! With our collective attention diverted from ____?____. 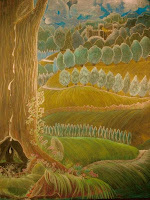