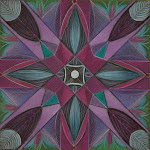 Now from earlier in August 2016 belatedly comes this to Stars Over Washington. Even so, I'm not a fan of posting the following video presentation for it possibly involves 'the tragic destiny of a woman' and increases societal instability when crazy things can happen. In my estimation a rating of X: not for children is warranted but see what you think--is the 'leaked' medical information about candidate Hillary Clinton legit? Can our eyes and ears be deceived? Have stranger things ever happened?

Perhaps her brain's robotic sector has been hacked, or, she's actually ill as per the alleged medical records. She's quite Sci-Fi, y'know, but acts as if she relies on caffeine to 'keep going'...bloating and weight gain occur. Center of balance is knocked off by the extra poundage causing unsteady knees, ankles, feet. Sugar is a major menace as well along with salt. It's doubtful that her 'falling down incident' in recent years and its sunglasses aftermath have engendered much public confidence in the lady's near-70 generation in the physical stamina department. And believe me when I say that I loathe having to agree on this topic with sophomoric Republicans, the yappers-at-her-heels these decades. It's been a very tiresome tactic but diverting for a majority of the masses, one supposes.

Having nursed my Mom, to me Hillary's coughs sound like acid reflux, and/or she takes a chemical brew of Rx meds for various conditions (BP?) and her mouth and throat suddenly go totally dry. And this can cause coughing especially when talking is involved. Long political campaigns are known to mess with orators' throats but this can be attended to. Her breathing issue can possibly be a side effect of one or more of her chemical brew ingredients, the combo prescribed just for her. Then there's Parkinson's. My Mom developed it and I watched as the symptoms worsened. To me, Hillary Clinton does need medical care and therapy and must admit that The Trail of 2016 and the speeches are overly stressful just now. The lady needs a calming respite.

Blog Note: this medical assessment is complimentary for it's only my personal 'assessment'. Actually I don't know a fig about what I speak and, I suspect, neither do you unless you're a trained medical professional. But I wish to say that her coughing is very worrisome, I agree. Additionally, foul play is not acceptable to this American and hopefully you will call it out when you run up against it.

So if a serious illness or condition is present (whether the 'leaked records' are genuine or not) then of course her step-down from Campaign 2016 and the Democratic nomination will be an obvious correction that must be taken. God help us all.