Oct 19 2017: White Supremacist to Speak at University of Florida 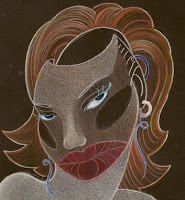 White Supremacist and promoter of "alt-right thought" Richard B. Spencer is scheduled to speak on October 19, 2017 at the University of Florida. Today Governor Rick Scott declared a State of Emergency by executive order, ostensibly so that local and state police and other security forces such as the National Guard are well prepared and may be quickly called upon in case of any riots or violence which may ensue. You'll remember that Spencer played a major part in the August 12, 2017 Charlottesville, Virginia protests which turned into riots, fighting, and, the next day, lead to the death-by-car of a young lady named Heather Heyer. Others attendees were injured as well.

As for the October 19th event, no one at the University of Florida invited Spenser to speak and no one there is sponsoring or hosting him. His organization is renting the location though the University will pick up a hefty tab for extra security. Lots more details are available at the UF Oct 19th Free Speech Q & A page if you're curious.

Now I confess to having little or no patience for, nor interest in, the Astrology of such a person as Mr. Spencer but it is a curiosity the way his Florida University speech is being handled along with the free speech issues it stirs up. Campus and Community security will be tight yet one is tempted to hope that Governor Scott's executive order isn't in effect giving Spencer publicity rather than supplying extra security for the UF students and others during speech and its aftermath. Even so, let's take a brief astro-peek at the situation.

Richard Spencer was born in Boston, Massachusetts on May 11, 1978 at an hour unknown to me yet we may gain a general idea of the cosmic influences at work the day of his speech, the exact hour of which I also do not know. So I'm using noon for his natal planets and the cosmically timed moment of the October 19, 2017 New Moon @26Lib35 for his speech just for the sake of comparison. Did an astrologer set the speech's date because there's a New Moon? Well, we're entering the dark of the Moon phase as I publish this post tonight, a perfect 3-day window of time for shady doings that go bump in the night. Plus, a New Moon phase is for planting seeds or ideas to germinate so I suppose Mr. Spencer hopes to plant ideas in the heads of...well, whoever attends his speech, I guess, or hears it in media.

Brief Astro-Notes on Richard B. Spencer

A chart set for May 11, 1978 Boston, MA shows the Moon ranging on that date from 4Can07 to 16Can30 and the Sun from 20Tau06 to 21Tau04 (Sun conjunct asteroid Pandora--will her box be opened October 19th and societal ills let out to roam?) Well, as you know, side-winding Cancer (The Crab) is a tribal sign, very self-protective and canny, while Taurus (The Bull) can be extremely stubborn and intolerant of others. (Positive traits apply to Cancer and Taurus as well but we're looking at a Nazi promoter of the alt-right Breitbart persuasion.)

Still, the Sun Taurus-Moon Cancer personality blend does possess an amount of diplomacy, reliability, and a love of family though prejudice and a sensitivity to real or imagined slights may be in evidence. There can be a "narrow preoccupation to (his) own approach to life" and a "lack of sympathy for ideas and theories which are outside (his) experience." (Sun Sign-Moon Sign, Charles and Suzi Harvey).

As for the October 19, 2017 New Moon as a transit chart to Spencer's natal planets, a prominent one is transit North Node (public contacts/encounters/publicity) pointing toward his natal Saturn @23Leo which suggests serious meetings, and/or meetings with more mature or experienced people. Another factor in the Saturn-NN picture is that his natal Saturn is apex of a midpoint of power, influence, and wealth: Jupiter-Pluto. This denotes difficulties in developing or progressing although political activities are indicated. Is that perhaps a Saturnian Mr. Bannon behind the curtain?

And it may be that disruptive Uranus Rx @26Ari31 will show his radical reactionary tendencies and anarchism in opposition to the New Moon @26Lib35 and bring rebellion and conflict into the picture. Plus, his natal Mercury @24Aries has recently been energized, even electrified, by transit Uranus but natal Mercury is opposed by the New Moon. This denotes difficulties or disagreements involving communications, probably in the form of incompatible opinions or even heckling. Perhaps few people will listen to him or his progress may be blocked at every turn.

Basically, Mr. Spencer was born with a Sun-Saturn square (applying) and a Sun-Uranus opposition (separating, and thus unconscious) so we may expect him to exhibit a "struggle for success" (Oken) and a compulsive tendency toward anti-social behavior.

And though there is much more to the man and his natal planets, without an accurate birth hour (and considering his attitude toward certain people) I am reluctant to spend any more time (which is precious) on such an anti-social character. My sincere hope is that all goes safely on Thursday at the University of Florida, on Campus and in the Community alike, and that Mr. Spencer's minions and other attendees manage to control their animal natures instead of using them as wildly as possible in order to get themselves in the news.