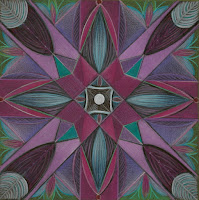 A two-minute Bloomberg video Why Did Hong Kong Erupt in Chaos? explains the massive peaceful protests in the streets of Hong Kong concerning a new law allowing extradition to Mainland China and the people of Hong Kong are not amused.

Astrologically, the eruption of the masses (crowds made larger by Jupiter's involvement) relates to the fact that the January 12, 2020 Conjunction of heavyweight planets Saturn and Pluto @22Cap46 will perfect upon China's Jupiter (@22Cap21 on September 21, 1949 2nd house, and 22Cap35 on October 1, 1949 in 12th house--both Communist charts found in Campion's The Book of World Horoscopes charts 60 and 61). Both karmic planets of control are now well within orb of China's Jupiter in Saturn-ruled Capricorn, sign of government, law, and business.

However, more to the point of the current chaos and protests in Hong Kong, today transit Pluto @22Cap32 conjoins China's Jupiter 1949 denoting a period when greater power and influence are sought in the realms of economic expansion and politics, yet exaggerating their importance tends to backfire. Reformist activities (ex: new laws) demand total honesty, and intolerance and fanaticism are distinct possibilities during this karmic time. And transit Saturn to China's Jupiter indicates a time of give-back and/or when a slower return for efforts may be expected. Obviously, Saturnian restrictions may affect Jupiterian freedoms.

Finally, let's add potentials of the midpoint picture formed by Saturn-Pluto = Jupiter: 'trouble with authority; adoption of the austere; staying out of trouble; trying to save what's left' (Solar Arcs, Noel Tyl); and, 'social fanaticism' (The Combination of Stellar Influences, Reinhold Ebertin).

Naturally as a common-gooder, I send my best hopes for favorable outcomes to and for the good people of Hong Kong. May all stay safe.