Can Juno Unlock the Secrets of Jupiter? and Saturn to US Ascendant 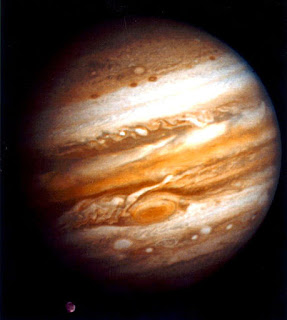 Secrets of Jupiter the Target as Astrological Saturn Stomps on USA

It's being reported that the Juno spacecraft's mission to Jupiter, launched on August 5, 2011 from Cape Canaveral, Florida, will insert itself into Jupiter's orbit on the evening of July 4, 2016, America's Independence Day. The secrets of gas giant Jupiter are awaiting discovery, thinks NASA scientists.

Naturally as an astrology novice I wanted to open my Solar Fire software to see where asteroid Juno and planet Jupiter were and are in the Tropical Zodiac on those dates. Curious? Here is what I found along with observations on the current Saturn transit to America's natal Ascendant at the 12Sag degree of "A Flag Turns Into an Eagle That Crows":

August 5, 2011: Jupiter @9Taurus21; Juno @2Libra38 (conjunct US natal Midheaven, the Goal Point, in our 'Sibly chart' of July 4, 1776 with 12 Sagittarius rising--where transit Saturn Rx is again crossing, a period when the US is expected to take responsibility for past and present actions rather than denying guilt, when anxiety is evident in the populace and also within government officials (ex: Hillary being allegedly held to account by the FBI email server probe), and when karma becomes the b*tch that she is as our nation (and other nations and peoples via their own neglect of Saturnian principles such as honesty and reliability) reaps what's been sown.

Tragically for the world's innocent who are caught in a round of the power elite's endless retaliation, the reaping can include blow back thanks to corporate Washington's export of violence, fraud, occupation, oppression, and globalism. And as Thomas Jefferson knew when it comes to America, 'God's justice cannot sleep forever'.

July 4, 2016: on Earth it's the dark of a New Moon @12Cancer with Jupiter at the critical/crisis degree of 17Virgo38; Juno is again in Venus-ruled Libra but now @29Libra47, a critical/crisis 29th degree that strains toward Mars-Pluto-ruled sign of Scorpio. All this makes me wonder, what hath man wrought upon humanity? Especially since karma is the b that she is.