One of the most erudite astrologers, and one who has read my natal chart for me, is Dr. Noel Tyl, world class astrologer, author, lecturer, and Jungian psychologist. During consultation Noel summed up many of my haunting childhood issues in such an objective way that I had to marvel - why, it wasn't all my imagination! Thanks, Noel.

Now one of my handful of readers, Jed, has recommended a realistic article by Noel Tyl on the world's prospects for 2010, mainly focusing on what he sees as a critical time beginning at or around Spring Equinox 2010 and running dangerously through the end of 2010 (which includes our 2010 elections, oh joy.)

Yes, 2010 seems destined to be a 'bumpy ride' for humanity at the least, war retaliations at worst, and Noel gives measurements using Solar Arcs and factors from each March Ingress chart set for the *US, Iran, Israel, and for President Obama's natal chart.

The President is in considerable danger in 2010, says Tyl, and I (for one) have written upon a similar theme last year either here or at Jude's Threshold where one of my more popular posts concerns a Russian astrologer predicting 'the end' for Pres. Obama. There are, of course, different sorts of 'ends' yet it's worrisome to me particularly since Spring EQ 2010 falls within the 12 North family of Solar Eclipses which manifests @ 25Cap01 on Jan 15, 2010, conj Pres. Obama's natal Saturn 25Cap20 Rx in his n 12th house (where secretive political meetings are held and deals are made.)

Will his authority be eclipsed with his Saturn? Or will something about his out-of-sign Jupiter/Saturn conj be revealed, something previously kept secret?

12N has a flavor of 'accepting greater responsibilities due to another's being unable to carry on' (paraphrasing Brady's Predictive Astrology) so we have that to contend with as well as the measurements and factors which Noel's article addresses.

Plus, the 12N (Jan 15, 2010) Solar Eclipse is right up there at Midheaven in the Inauguration 2009 chart indicating more eclipse emphasis on the office of the presidency. These represent too many echoes for something big not to manifest, I fret, for America is not expendable in my book.

That Mercury was Rx at Pres. Obama's 2009 Inauguration may be significant within these 2010 considerations since a US president is a (mercurial) mouthpiece for announcements issuing from the White House. And you remember that 2009 Inaugural Mercury was scorched by Inaugural Sun (the leader in a national chart.) The Sun/Mercury conj of Jan 20, 2009 sat directly upon Pres. Obama's natal Jupiter 00AQ52 Rx in his n 12th house. Will his natal Jupiter's guardian angel function continue to protect him through 2010 and beyond? Hope so.

Yet others have been plotting for a while now (Noel says so, too) and they may be poised for a main chance. And perhaps they can read Astrology charts - or pay those who do - and thus appreciate the timing advantage only brought to the strategy table by Astrology.

The current Mars transit through Leo (for 33 weeks altogether) is triggering Pres. Obama's natal DESC 18Leo (thus his ASC, physical body) so that Partnerships will continue having a martian flavor of quarrels and attacks. Yes, partners can be inspired to action, too. His n Mercury 2Leo20, Sun 12Leo33, and 7th house Uranus will all be affected by this long slog of Mars through the royal sign of Leo and the presence of Uranus with Mars can be explosive.

Plus, tr Mars turns Direct on or about March 10, 2010 @ 00Leo18 and will move again over the president's natal Mercury 2Leo20 (6th house) as it stimulates his n Mercury/Jupiter opposition. Transit Mars always acts as one of the primary triggers in charts and we're talking about world class quarrels in which Mr. Obama is involved bwo his office as head-of-state. ('head' = Mars; 'state' = Saturn.)

Meanwhile, The Rites of Spring: US, Iran, and Israel awaits your attention if you want truth not fluff about what's lurking around the New Year's corner unless people rise above party loyalties and ego games, calm down, and first think of the ultimate consequences of - and blow back from - their hot-headed, retaliatory actions and their misdirected zeal on behalf of a draconian global domination agenda.

As Noel Tyl says in one of his midpoint picture analyses, "Blind zeal can only be detrimental."

Moderation in all things!

Synthesis and Counseling in Astrology, by Noel Tyl has a Solar Arc Directory of midpoint pictures which I recommend to you.

The August 5, 2009 Lunar Ecl @ 13AQ43 conjoined the MC of America's '2:13 am' chart with tr NN 00AQ15 (US Inaugural 2009's Sun/Mercury Rx) indicating on one level the president's receipt of the Nobel Peace Prize (NN.) More controversy about his Prize and the peace work it implies may be uncovered by the Jan 15, 2010 Solar Eclipse or even by the last Lunar Eclipse of 2009 on Dec 31 since it affects US natal Sun/Jupiter conj in Cancer and our financial woes continue, perhaps with more Ponzi schemes, or worse, revealed.

This will be a Blue Moon Eclipse, y'know. Wrap up well, my pretties.

Blog Note: as this week proceeds my blogging schedule will become lighter and lighter as I prepare for a family holiday spree and take off for a few days. I'll miss you but will be happily watching the new Sherlock Holmes film on Christmas Day with loved ones. How about you?

So if I forget to say it in time: Happy Holidays to All! And a huge sloppy Thanks to the regular and occasional readers whose attentions make this blog even remotely possible. jc 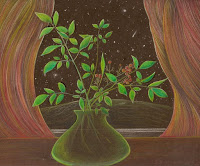 happy holidays to you too - we're going to see sherlock holmes too and it's a wonderful life on the big screen.

Hope you and yours have a very happy holiday, Jude!

Hi Jude, was scrolling thru to catch up, knew I should take the time here to say "THANKS" for Stars..., and the work you put into it. You obviously have an advanced knowledge of astrology and its' application and interpretation. My solid interest in both politics and astrology inevitably led me to what have become regular visits here! My Sun in Scorpio draws me to Washington, D.C., I know there's no excuse for a NY Metro Area citizen to have not yet visited our beautiful Capital, but remember New Orleans is on the list of Scorpio cities too! I think I might get into "better trouble" there! Anyhow, this Obama info is very intriguing, understand that my love for our great country becomes more wounded at every turn with the wrongs committed in our branches of Government. And the unfathomable lack of truth and transparency RE Obama's ascension and installation leaves me apathetic and frankly, scared. Well, I have to remember that "God already knows", I'VE always believed 'Dear Leader' would fall by his own lies.