On the eve of the Hamburg G-20 here's a July 6th Update to the following post which begins here:

Welcome to Hell: Hamburg Girds for G-20 Protests using razor wire at police headquarters in northern Hamburg; violent protests are expected. Apparently, Donald Trump will attend with threatened steel tariffs up his sleeve and who knows what else. War, refugees, immigration, travel bans, and finances will surely be some of the topics when on July 7-8, 2017, the city of Hamburg, birth place of German Chancellor Angela Merkel hosts a large G-20 Summit of world 'leaders' so let's nose in and Moon-track the secretive proceedings, shall we? 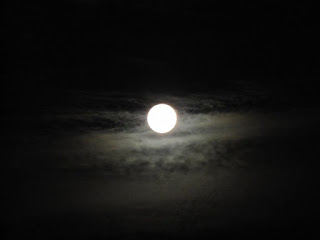 For tracking purposes I'm first setting two horoscopes for 12:00 am CEDT July 7 and 11:59 pm CEDT July 8 (to make certain all planetary potentials are accounted for), and we see the Moon ranging from 20Sag12 and applying to a meeting with Saturn (22Sag58 Rx), then she floats on toward powerful Pluto (18Cap09 Rx) which Luna @14Cap05 does not actually conjoin by 11:59 pm July 8 (unless there's an additional off-the-record meeting 'on the sidelines', as they say--perhaps a face-to-face Trump-Putin tryst?) In addition, someone in leadership is feeling quite 'on the hook' and burdened by responsibilities to others (ex: social welfare programs) as seen via Jupiter (funding; generosity; benefits) inconjunct ideological Neptune of the masses, both planets resonating at 14 degrees.

This is a case of the Moon's *Translation of Light from Saturn to Pluto, the planetary pair of hard work, hardship, cruelty, and brutality so at some point, a midpoint picture forms of Saturn-Pluto = Moon with potentials for: working with strong women; inconsistent achievements or efforts; loss; cold feelings; tragic destinies especially for women; giving up giving; and/or, renunciation. See the Timeline, below, for the precise moment the midpoint picture perfects.

Of course, there are other chart factors (and using planets as actors in the drama) that we can mention such as the energetic Sun-Mars conjunction in Cancer during the G-20 but which won't actually perfect until July 27th @4Leo12:29 at 2:57 am CEDT Hamburg with an unaspected Neptune Rx (spasmodic or uncertain effects, or its energy switches off temporarily--yet genius within very private ideals may be express).

Plus, the Sun-Mars conjunction chart hosts a Mutable T-Square of Venus-Saturn = Moon @21Virgo--conjunct Denebola (to go against society) which may cause the Moon (the people) to attempt reprogramming negative subconscious conditioning, to focus on self-protective measures, or, to waiver, contradict, or rationalize feelings when dealing with emotional conflict; superficial responses may result (and politicians are really good at those, as you've noticed).

As for the Moon (publicity; the public; emotional mood which goes from Jupiterian to Saturnian), Moon-Saturn vibes suggest strategy, ambition, direction, and self-control while a Moon-Pluto combination denotes such things as emotional shocks or upheavals, managing or coping with public relations, extreme emotions, popular promises that appeal to the public (propaganda), criminal activity, how to exert control over criminal or terrorist elements, and/or obsessive misuse of resources and the people's opinion about it (Munkasey; Ebertin; Cowell).

These are a few of the more hidden concerns of world 'leaders' at the moment and from studying the July 7th and 8th charts I shall assume that pep talks about how to carry out draconian globalist 'reforms' without feeling or showing any true concern for how they actually affect the people they harm may be on the menu. This reminds me of the Bohemian Grove's 'cremation of care' ritual which I have asserted in previous posts is for just such a purpose--harm your 'underlings' while keeping a straight face--relax, you're in the boat of good fortune, don't worry about what happens to 'them'. Which reminds me of the Koch-GOP-Trump 'healthcare' plan which masks massive tax breaks for the wealthy class.

You may disagree and perhaps I digress but I don't think so. Anyway, let's get on with the G-20 2017 Timeline:

Then on Sunday July 9 is the Full Moon @17Cap09 conjunct powerful Pluto opposite the energetic Sun and Mars, a worrisome and forceful picture. Is the public enraged by the actions of leadership? Trump and Putin pulled a slick one over Russia's election meddling in the US and want us all to 'let bygones by bygones' and 'move on' but not so fast, fellas!

In the US the Full Moon perfects at 12:07 am edt and the Moon-Pluto conjunction occurs about two hours later at 2:06 am. Hot Mars and cold Saturn perfect their inconjunction (quincunx) at 6:09 am, the Moon precisely opposes Mars at 11:40 am and makes her last aspect of the day (becoming void of course until entering Aquarius on Monday at 1:35 am) by squaring ever-quirky Uranus on Sunday at 10:12 pm edt.

With Mars and Pluto in opposition it's wise to take care on Sunday, keep below the radar, and be ready for a Sun-Pluto opposition on Monday, exact at 12:35 am. This power-filled aspect falls across the security-minded Cancer-Capricorn axis--especially because America's Sun and Pluto are quindecile (165 degr) and obsessed with power, control, and surveillance. Perhaps we should beware the tweets...and be aware of the 'fake news' traps now hitting media outlets for the purpose of discrediting them.

And as we look toward August 2017 we find the last of a three-fer Jupiter Return for Mr. Trump on August 4th (which began in 2016), the Lunar Eclipse of August 7th @15AQ25 which 'eclipses' Chancellor Merkel's natal Moon (see her chart, linked above), the August 21, 2017 Great American Eclipse @29Leo. August 20th brings Saturn to Trump's natal Moon but then on August 25th Saturn's Direct Station @21Sag10 again conjoins Mr. Trump's natal Moon-South Node conjunction, and finally Trump's Mars Return perfects on August 31st, a two-year cycle of energy and new activities or projects.

*Translation of Light refers to a planet (here the Moon) conveying influence as it separates from aspect with one planet and applies to another so that some of the first planet's influence is imparted to the second planet by a translation of light. Here, the Moon symbolizes a person or idea that will "bring about a settlement". Whether the outcome will be fortunate is determined by the aspect and the nature of the planets involved in the translation. Saturn-Moon-Pluto may not be as fortunate a trio as we could wish (Encyclopedia of Astrology, Nicholas DeVore.)