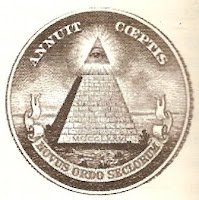 Last evening I played around with America in her 243rd year (2019) which, when translated into the 360-degree circle of the Zodiac (one degree = one year) brings our nation to 3 Sagittarius (243 degrees = 8 signs plus 3 degrees when counted from the Aries Point) because I was curious to see if the degree's Sabian Symbol held significance in relation to current events. Note that using the same method but counting from 13 Cancer, our nation's Sun (leadership) degree, gives 20 Scorpio, yet as it turns out, 3 Sag tells a descriptive 2019 tale of the moment.

Because today as I watched a few morning news shows, the phrase "playing chess" and the concept of a chess game came up more than once out of the mouths of political pundits and reporters (in relation to Mr. Trump, of course) so let's consider 3 Sag in the Sabian Symbols followed by Adriano Carelli's explanation of this degree.

"Keynote: The transcendent ritualization of conflict" (yin vs yang, dark vs light) "ending in most cases with the checkmating of the king (the ego, the conscious self)...in a dualistic world such a conflict between forces is omnipresent. The chess game trains men to be more objective, more careful, more aware of whole situations--and less impulsive and intent upon side issues. {} it brings to the objective consciousness the basic realities in interpersonal INTERPLAY." This speaks of the "transmutation of man's natural aggressiveness under most conditions of existence."

In the Jones version for 3 Sag the word picture is the same; here are its positive and negative (unconscious/shadow side--jc) expressions:

"Positive: high sensitiveness to every possibility of accomplishment or broadened self-discovery.

Negative: unsuspected bigotry or foolish exactitude." (I'm not certain how "unsuspected" the bigotry is!)

Now I shall quote from Carelli's The 360 Degrees of the Zodiac for 3 Sag which has no word picture (not all his degrees do) and perhaps you'll agree that this version of 3 Sag sounds much like the fellow currently under siege in the Oval Office:

"A self-contradictory character: on one hand gentle and sensitive, on the other mettlesome, combative and even aggressive. His sense of charity and altruism can lead him to the hardest sacrifices that border on absolute self-denial, yet there will be something mean in it. Psychic and sexual fecundity, love of family, home and work; an aptitude for arts, engineering and perhaps architecture, though the skill in planning to the least detail be transferred from the field of material buildings to one of feelings and induce a petty scheming and plotting mentality.


People may like, love, even adore, the native, but the concourse of other astrological factors will be needed for this."

Thought I'd add Ellias Lonsdale's 3 Sag from his book "Inside Degrees": "SAGITTARIUS 3
Clouds overhead seen in a reflecting pool.
Enlightenment rarely comes by pursuing straight lines, by following predictable tracks. If you wish to find the secrets to the mysteries, you must give yourself over completely to the flux and to the ferment, and allow the winds of destiny to prevail entirely. This immediate sense world casts a very different glow than the heavens ever could. By identifying yourself with each shifting nuance, every flicker of instantaneous movement, you find the inner worlds way to waking up here in this Earth. But this journey is a perilous one, for you become awash in so many far-flung spheres, and there is no map and there are no shortcuts. You must somehow see right through your own most addictive and compulsive impulses, and ride the wild waves homeward through sheer presence of mind and gut conviction that everywhere leads to the same place. And that if you find yourself cast into any corner of fate it is the one perfect place to get home free within, if you can hang on and let go and never lose your sense of humor."

Thanks! that's a book I do not have. jc