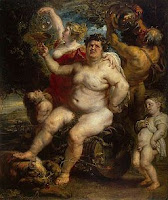 Early September Trump Tweets About Dorian and Other Stuff

Now you don't need me to tell you of recent news stories about Hurricane Dorian, Alabama, Trump's recent flubs and his dumb lies meant to cover his flubs. Meanwhile, beginning the first of September, a certain transiting asteroid, Bacchus, became prominent by traveling in tandem with Mercury exalted in its own sign of discriminating Virgo, and representing such things as communications (exs: speech, tweets, drawing lines with Sharpies, and the telling of lies). And as you know, Virgo is also the sign of The Critic which describes Trump but also describes the boatload of criticism he has received for his latest distraction from other news items he finds personally embarrassing or in some political way, inconvenient (exs: finking out on his trip to Poland, sending Pence in his stead, and Pence's stay at Trump's hotel in Ireland). With so many laws to break playing POTUS, how can Trump ever find the time!

Once his tweeted Weather Forecasts began, we can note that the Sun-Mars conjunction occurred on September 2, 2019 @9Vir41, the position of the 19 North Solar Eclipse of September 1, 2016--the Prenatal Eclipse of both Election 2016 and Inauguration 2017 which occurred opposite deceptive Neptune but which called for 'realism, truth-tackling, coming down to earth, and seeing an old situation for what it really is' (Brady). This continues to be excruciating for the public as Trump's lies, head-fakes, and fraudulent actions and behaviors pile up and up thanks in part to deceitful Neptune in secretive, scandal-prone Pisces gumming up the works, undermining the truth...and continuing to conjoin and thus disguise America's progressed POTUS Sun now floating about in mid-Pisces. In other words, Neptune gives Trump 'cover' as they like to say in politics.

And so the schedule of transiting Bacchus extends through the month for on September 3rd Bacchus picked up a second traveling partner, Mars in Virgo, and naturally when Mercury and Mars combine energies there are often political opinions of a forceful nature to accidentally or purposefully unnerve the populace and/or annoy an audience. Of course, other planetary transits and factors are influencing current events now as well but our focus today is on fatty grub Bacchus.

Then on September 4th, with Trump still Dorian-tweeting, the Sun caught up and added its bright rays of public attention upon Bacchus, an ancient 'god' and cult-leader associated with 'the outsider' and one of the primary asteroid-archetypes I have previously suggested as an astrological significator for Donald Trump, calling him a Bacchus figure (see his image, above).

Now it may be that the current kerfuffle over Trump's Dorian tempest imaginings will settle down or be superseded by a new flub or scandal soon--or, things won't settle down until transiting Bacchus is left behind without a planetary limelight under which to cavort. However, Bacchus keeps the Sun's attention from now and through the 30 degrees of Libra, then loses the limelight as the Sun enters Scorpio on or about October 23rd leaving Bacchus behind in late Libra.

Whew! You'd think that even self-indulgent Bacchus would need a break from his revels before that. Wouldn't you?