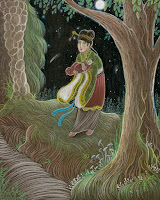 October 10, 2019: the upcoming 2020 Democratic Debate is scheduled for Tuesday October 15, 2019 at 8:00 pm edt and will be hosted by CNN's Anderson Cooper and Erin Burnett, plus, the National Editor of the NYT, Marc Lacey. Predictably, this 4th debate is billed as another "showdown" between former VP Joe Biden and Senator Elizabeth Warren with 10 other Democratic candidates flanking them onstage. Whether Biden and Warren will fuss'n'tussle as The Media so desires remains to be seen. Why, you'd think the networks and the press make money off the debate's entertainment value, or something, though I do agree it's primarily a performance of America's Political Theater. However, the cosmic weather of the debate's Sun Libra-Moon Taurus combo of energies, with both signs ruled by Venus, suggests that cooperation between the candidates is more likely to be shown than competitiveness, and we may hear the assertion that everyone has the right to health, wealth, and education.

The full line-up of political performers on October 15th consists of Gabbard, Steyer, Booker, Harris, Sanders, (Biden, Warren), Buttigieg, Yang, O'Rourke, Klobuchar, and Castro and will be held at Otterbein University in Westerville, Ohio where they 'serve the common good' (then it's my kinda place!).

So with the October 15th debate's North Node of future direction @11Can43 in the 3rd house of Communications (8:00 pm Westerville, OH) we can round up to '12 Cancer' which spotlights a certain Sabian Symbol: "A Chinese Woman Nursing a Baby with a Message". You see my artful depiction of this symbol, above left, but its display is not intended as a shout-out to Chinese interference of any kind!

Meanwhile, Venus @9Sco03 in 6th house with debating planet Mercury is chart-ruler because ascending at 8:00 pm is 19Tau12 with the Moon (the public) rising @16Tau12 (it's a "Swords vs Torches' affair!). Chart ruler Venus makes no Ptolemaic aspects to other debate planets but she does trine the North Node of public contacts and future direction, as noted. Will a female be the Democratic nominee or someone's VP pick? Obviously, there is a beneficial feminine touch to the proceedings yet it's the 6th house Mars @7Lib37 which leads a ruthless Locomotive shape of planets toward success and Mars suggests males or a male, and US military and/or civil service issues (such as whistle blowers?! Trump's troop withdrawals for the sake of Russia's ambitions?).

And as you know, health can also be a factor when the 6th house is involved and we think of Senator Sanders' recent heart procedure which casts doubt upon his continuing stamina. Here's hoping Bernie is feeling fine now with his medical problem taken care of.

Yet perhaps the most obvious planetary stand-out in the October 15th horoscope is the rising Moon in Taurus opposing the setting Mercury in Scorpio which paints an appropriate cosmic picture of the 4th debate itself (Taurus-Scorpio issues) and suggests that someone's progress is blocked or frustrated, conflicts flare, ideas and opinions (Mercury) are confronted (opposition), and things that don't run very smoothly. Any, all, or none of these head vs heart potentials may involve the younger (Mercury) candidates challenging the female (Moon) candidates but may also represent a public (Moon) challenged by the ideas and policies (Mercury) of any or some of the Democratic candidates in this debate. Consequently, indecision can be one of the results of the Moon-Mercury opposition which implicates both economic and domestic issues--and lively debates.

We might also note that 4th debate Mars conjoins powerful asteroid Hidalgo which hints at social climbing and may possibly denote Julian Castro. To close, there are only two midpoint pictures in the 4th debate horoscope and both involve planet of The Masses and the Mass Media, Neptune:

Assertive Uranus-MC = Neptune: expecting recognition, and withdrawal if frustrated; and, the patient, wise, and/or inhibited pair of Saturn-ASC = Neptune: over-making a point, and arguments about strange dimensions or obscure things (Tyl). The topics of Trump's crimes, antics, bad decisions, and unsuitability for office may be included here, plus, Big T appears at other places in the chart.

Now naturally there are several more chart factors of note (ex: debate's Syzygy Moon @20Ari13 = "A Pugilist Entering the Ring" which is the degree of America's natal Chiron--an injured public will be watching the debate!) but to keep this a post not an e-book, I'll stop here and let you, dear reader, ferret out the rest!

And as always, your on-topic comments and kind shares are welcomed and encouraging. Jude