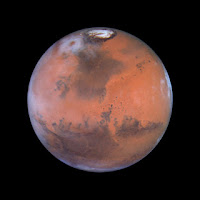 The contentious, combative, hot-headed Mars rising of Donald Trump began a new 2-year cycle of activity for him recently when transit Mars returned to natal position (26Leo46) in Trump's birth horoscope (June 14, 1946 10:54 am est Queens, NY) on August 12, 2019. Curiously, August 12, 2019 is the very day the whistle blower complaint was submitted through the proper legal channels and an official impeachment inquiry was subsequently activated in the House of Representatives. As you know, Martian Trump, a master of resentment and revenge, depends on having enemies. And in similar fashion to America's habit, Big T will make them when and if there are none. And as we've seen, a cornered Trump is a dangerous Trump.

Plus, it's been reported that in March of this year, Trump proposed the craven idea of shooting migrants in the legs to slow them down when crossing the border, a tragically fitting expression of his Mars rising in its malevolent role with Mars the ruler of guns, snipers, knives and other weapons. This must be one of those 'be careful what you wish for' for other people because in one form or another, the natural law of karma (reaping what's been sown) will eventually boomerang it back on you.

So if you're curious, here's a previous post concerning the 2019 Mars Return of Donald Trump. And, rounding up his Mars degree to "27 Leo" here is a bit of Sabian Symbol info from Dane Rudhyar:

"The Luminescence of Dawn in the Eastern Sky"; Keynote: The exalting challenge of new opportunities at the threshold of a new cycle. {} Keyword: ILLUMINATION."

His natal Mars closely opposes the USA Moon, indicating the people of the United States. One more reason he should never have been elected (or stolen the election depending on your point of view). His natural assertiveness, and combativeness is against the American people. We the people are his natural enemy and target.

Yes! We The People are his targets. Sorry I just now found your comment WiseLalia and it's May 14, 2020! Jude