Asteroids in the Spotlight: Koronis and Wuhan

Four Asteroid Archetypes of a World in Crisis

Since what was apparently the first case of the 'novel' Coronavirus came to light in Wuhan, China on November 17, 2019, the world has increasingly been gripped by a contagion difficult to vanquish. Most astrologers and astrology novices (like yours truly) have long appreciated the masterful work of Demetra George, an expert on asteroids and their archetypes which often 'come to light' when their expressions within the public discourse are spotlighted during related events, illnesses, and/or societal conditions, places, or persons associated with them.

Within the ongoing, crisis-laden global pandemic there are at least four asteroids that relate directly to timely medical issues of health, wellness, and illness: Aesculapia (#1027), Hygeia (#10), Wuhan (#3206), and Koronis (#158).

03/30/2020: Hygeia @7Gem46 conjunct US natal Uranus; Aesculapia @3Can11 conjunct transit North Node and US natal Venus; Wuhan @26Cap14--still in Saturn-Pluto territory and joined by transit Mars and Jupiter--so Wuhan has now conjoined 2019 Koronis; meanwhile Koronis, now @18Pis41, conjuncts infectious Neptune (19Pis13) as transit Mercury @13Pis42 (who knows quite a lot about spreading things around including germs and gossip), conjoins a fixed star of crisis, Achernar, and is symbolized by the Caduceus, now applies to conjunction with deceptive fantasist Neptune (@19:22 9:14 pm edt) in secretive Pisces on April 3rd which suggests a certain wooliness of thought and expression, even lies, illusions, delusions, and confusion, as propagandist Trump's natal Mercury-Neptune square continues influencing, seducing, and gaslighting the Collective Mind. Note that data is being adjusted, distorted, and in many cases, just plain falsified. 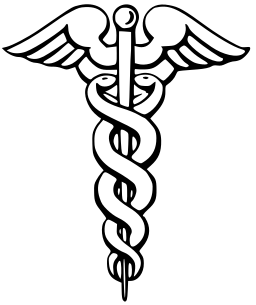 In closing we may wish to note that Asclepius was the son of Apollo (the sun god of healing, truth, and prophecy) and his mother was the nymph Coronis. And as everyone knows, what hides in shadows tends to fester while the best disinfectant is sunlight!