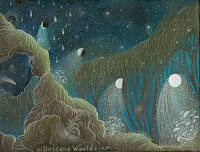 April 2, 2020: With the world gone mad perhaps a List of Lunar Eclipses, plus, a few astro-notes, may prove useful for those who keep up with lunar happenings and 'wild card' eclipses, or for a reader wanting information for whatever reason.

Now as you know, eclipses tend to disrupt earthly events, affect lives, uncover secrets or inconvenient facts, shock people, and may trigger scandals that may even lead to major reforms at some point.

Significantly, Year 2020 began on a Cancerian lunar note with the January 10, 2020 Lunar Eclipse @20Cancer, a critical-crisis degree. As we now see, basic needs (Moon) of the populace (Moon) are currently under threat by a viral disease and the restrictions and shortages it brings. The January eclipse was not Total but a weaker Appulse eclipse yet still of major influence at a critical degree and conjunct a certain fixed star.

June 5 @15Sag34 - this one will be personal for America if a late afternoon natal horoscope is used for it perfects near US natal Ascendant in Sagittarius (July 4, 1776 Philadelphia, PA) and is rising in 1st house.

July 5 @13Cap37 - as you see, this resonates with another Independence Day when US natal Sun (leadership) will be 'eclipsed' and perhaps disturbing secrets will be revealed or leaked. Again, this eclipse is personalized for America as was the 3 North Solar Eclipse @10Can37 on July 2, 2019.

November 30, 2020 @8Gem08 which conjoins US natal Uranus (8:55), our 'totem planet' of revolt and conflict. Also, this eclipse conjoins the degree of Trump's Prenatal Solar Eclipse in the 2 Old North Saros Series which repeated on July 12, 2018 @21Cancer (which the January 10, 2020 Lunar Eclipse activated by degree). 2 Old North themes include potentials for 'unfortunate news; separation; a glum outlook that improves'; and 'fast action brings good results' (Brady) but unfortunately Trump has mishandled the entire shebang and slow-walked aid for the CoronaVirus calamity, dumping what should be federal responsibility for a national disaster onto the States. He hopes to finesse the November 2020 Election and stay in office, in part by blaming Democrats for any failures that occur while he sends needed medical supplies to Republican states (and to foreign countries!!). Sorry Trump fans, but I have to call his actions purposeful mishandling with sinister intent.

So is it bizarre that Trump doesn't care that there are Republicans residing in Blue States, too?

Blog Note: Once a delayed shipment of ink cartridges arrives here in mid-April (or later!), a November 30, 2020 Lunar Eclipse Horoscope set for Washington DC will be published with notes so watch this space! jc