On Bradley Manning's true condition and 2011 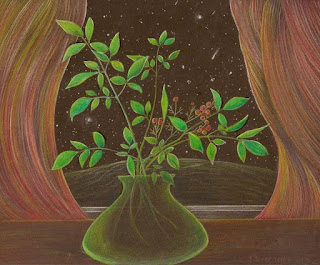 In case you've missed details of Bradley Manning's true condition while in prison these 7 months as the alleged WikiLeaks whistle blower, here's a link to hook you up concerning Manning's confinement, the details of which are being glossed over - no, misreported - no, lied about - in the press.

Now here's a wish for Christmas 2010: for the raptors of the US government (those factions that spy on us all and must rely heavily on secrecy to hide and avoid prosecution for their gangster behavior) to back off their fascist suppression, torture, and bombing of the world - for their deepest and ugliest motivations are showing.

Perhaps the much-touted New Millennial Great Awakening may turn out to be in favor of the peoples of the world as despots, world banksters, and their criminal pawns are held accountable for their death-dealing, antisocial actions as we approach the explosive and riot-instigating Uranus/Pluto square in action-oriented Cardinal signs.

Complicating things is that rebellious Uranus in Aries is ruled by warring Mars and Mars/Uranus is an explosive/gun-to-head combo of energies, totally unpredictable; yet inspired, creative, and original actions are potentials as well.

Pluto in Capricorn is ruled by Saturn, the authority, with Saturn/Pluto recalling the two planets in opposition on 9/11/01 across America's natal ASC/DESC axis (and at other times in history) when hardships come, and victimization by those whose primary goal in life is to gain and retain power and control runs roughshod over the masses.

"Cornering the market" isn't good enough for these shrivel-hearted creeps for they feel they must corner the last farthing tucked under our mattresses!

And that in part describes the most recent takeover of the US government, with the Saturn/Pluto pair as one of the culprits, and the onrushing Uranus/Pluto square a major signpost on the way to a select few power elite's long-planned totalitarian domination on a global scale. Riots welcomed as population control is no fallacy, but add genetically modified foods to the mix and implicate Science's eugenics while you're at it. The attempts of Hitler's regime were mere peanuts compared to these guys.

Or has the Royal Branch of Inquiry simply progressed through the decades at humanity's great expense? 'Causing damage to others without their being aware of it' has been at play on every level of society and GM engineering of food and the degradation of water bears much of the blame along with the plastics and chemical industries' hormone inhibitors that interfere with DNA at cellular (hidden) levels.

Now in December 2010, a transiting midpoint picture remains intact (within orb) between Jupiter and Saturn (our societal planets which describe the business cycle, too) and powerful, secretive wealth-hoarder and manipulator Pluto so it's still operative and causing many difficulties:

So Deck the Halls But Which Ones?

Today's post is not Christmas fare, granted, but it is important to note that 2011 arrives soon with a Solar Eclipse right out of the gate (Jan 4, 2011 13Cap38 opposing US natal Sun, the leader) with 2011 beginning the next phase of the plutocrats' plans to be implemented upon us, as more individuals, the guilty and the innocent, will be 'detained' ad infinitum and left with little or no Hope.

Our young Bradley Manning comes instantly to mind especially since I do not know what really happened or what he actually did, if anything. How could I? But I do know the 'official line' on WikiLeaks and on several other 'realities' and governmental scripts we're constantly being sold by the men lurking behind the propaganda curtain.

Meanwhile our 'R v D' parties collude and conspire against us. Plus, 2011 contains a 'Constitutional Crisis' Solar Eclipse later in the year which will be considered more fully as time permits (assuming that new Net Neutrality laws will allow this blog to be accessed and that I can continue to write and publish in the 'cyber commons' as Bill Moyers calls it.)

So as 2010 ends, this Sun/Mercury/Mars/Jupiter Capricorn says, Deck with greenery and red berries whatever halls you may have, m'peops, and invite others to join in your merriment! (Above image, Nandina which grows in holiday fashion around my yard.)

Wishing you all a Happy Holiday Season and a prosperous New Year in which more citizens' eyes than ever are trained upon the varmints, vermin, and brigands currently infesting our government - those whose ties and allegiances go 'higher' than to any oath of loyalty to the United States of America...and by US of A, I refer historically, intrinsically, and explicitly to We-The-People.

Remain true to ourselves!
Posted by Jude Cowell at 1:01 PM