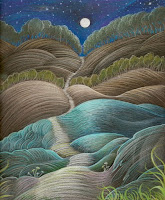 Today is December 1, 2010, World AIDs Awareness Day, and Auntie Moon has published a comprehensive post concerning that and other timely things such as Eat An Apple Day, Mercury Rx, and the New and Full Moons of December 2010.

Well, of course she would - she's Auntie Moon!

As you know, December 21 heralds a critical-degreed Lunar Eclipse in Gemini, the horoscope of which may be viewed on this blog...the Lord of the Lunar Eclipse is a retrograde Mercury (Rx station 5Cap56 Dec 10 @ 7:05 am est in DC.)

Mercury's Rx Station exactly opposes US natal Jupiter 5Can56, a time when political, cultural, and religious activities are not favored to succeed without many fits and starts: environmental forces effectively cancel such efforts, or make them almost impossible to carry out; it seems that every one's schedules are difficult to mesh or coordinate.

Yes, I know, this sounds like Capitol Hill all the time but it alerts us that the end of 2010 won't find the GOP wanting to hand President Obama any 'victories' so we'll see how contentious things become in Congress - records may be broken, filibusters may bore to tears; old issues are up for dealing but will they be worked out to any one's satisfaction?

Another factor in the collective when Mercury opposes natal Jupiter is to be wary of get-rich-quick schemes and people who over-promise what they can't quite deliver; growth and expansion are on a back burner now, but conflicts with authority are on a front burner and is a general influence on the public as well as the business-as-usual environment of Washington DC.

And of course, Mercury is the planet of messages and messengers, negotiations, traders, thieves, transportation, reporters and all communicators including orators (who may be extra fanatical, zealous, and overly critical these days: Mercury/Mars = Pluto 4Cap34, and about to recrossed by Mercury Rx. Both Merc/Mars and Merc/Pluto tend toward powerful communications with Pluto's added influence leaning toward propaganda and surveillance.

Now Mercury and testy Mars 1Cap54, re-plowing the path that tr Pluto has taken since entering Capricorn, are both out-of-bounds of the earthly plane on Dec 10, and since each are in Capricorn, we might assume that they are cooperating in some way since their energies are not tied in with the other actors (planets) in the Rx Station chart. As you know, we're not often aware of Mars OOBs - his actions and motivations - until he sets a fire or commits some other act of sedition or protest.

So yes, December 2010 should be a very eventful and interesting month and I'm wishing the very best for you and yours!

If you're interested in different perspectives on the recent WikiLeaks release of diplomatic cables and the story they tell of US manipulations into Spain's probe of Gitmo and attempted US strong-arming of the German government, try DemocracyNow!.