Another peek at Wedding Day Astrology: Bill and Hillary Clinton

Here is a re-post of my Wedding Day Astrology assessment of the union between Bill and Hillary Rodham Clinton, sans any serious edits:

Have you ever wondered what planetary influences were in the air on the day Bill and Hillary tied the knot and said, I Do? That would be October 11, 1975 in Fayetteville, Arkansas at their recently purchased home.

Since the Moon was in Capricorn for the 24 hours of Oct 11, 1975, we may confidently take a peek at the Sun (male)–-Moon (female) details from Sun Sign-Moon Sign personality blends, a book by Charles and Suzi Harvey.

As you know, the Sun–Moon duo relates to relationships especially between a husband and wife--in a word, marriage (Ebertin) so these details may be taken as a partial description of the Clintons' longstanding union.

Sun Lib–Moon Cap may be seen as “the ambitious wife (Cap) and the philandering, shallow (Libra) husband." But that’s because hindsight is near perfect in the matter and their marriage issues have been canon fodder for gossip rags and political pundits for years. Wonder how your relationship might fare when displayed in such a fishbowl? And if you happen to have political opponents?

Now some like to call the Clinton marriage ‘only a business arrangement’ but see what you think, and I’m quoting more of the Harveys than usual because they give Relationship info which we may find enlightening so I don’t want to leave out anything.

Let’s begin with some general traits of this in-square duo, for Venusian Libra square Saturnian Capricorn indicates regular blockages which entail separation (Venus/Saturn) yet may also bring dynamism and stability-–or at least continuation-–to the relationship (Venus/Saturn: love that endures.) Separation via travel is one possibility and they have certainly fulfilled that potential through their business and political careers.

Of course, mental Libra is Airy, Capricorn is extremely Earthy and practical so perhaps there’s something to the idea that she drove him to succeed more than he would have without her, for Librans can be quite lazy, you know, and most Capricorns possess a determined streak of ambition and often spend their lives striving for success.

Perhaps Hillary Poured Herself a Cup of Ambition! 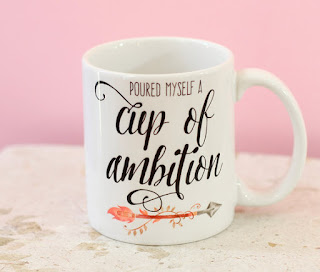 So we see that the stable side of Venus/Saturn has been in play through the years and, as in every long term relationship, it has been up to Bill and Hillary to decide whether to keep their marriage going under whatever terms they choose to honor. External pressure against them has been strong but so far, so good, I guess.

Sun Lib-Moon Cap Relationships: with the right person there can be extreme devotion; a close relationship is important for a sense of well-being; adoration and respect are important. Closeness vs aloneness; ability to adjust, adapt, and survive; love of control with a need to learn that being in a relationship is not the same as running a business.”

For a peek at their wedding ceremony details check out The Knot and the Hillary and Bill Clinton Wedding Story!

Above astrology article sourced by author from Jude's Threshold, a tapestry blog of Politics, Astrology, Art, Mythology, Social Concerns, and more and titled with a reference to astrological Saturn as Guardian of the Threshold of the Unconscious, in case you were wondering. 9.12.16: please note that Jude's Threshold will close for good on or about October 11, 2016. jc