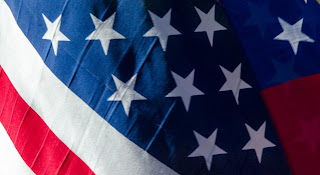 As former senator Hillary Clinton delivers her history-making presidential nomination acceptance speech tonight at the DNC, yours truly will be wondering about many historical things such as the obverse (unconscious; feminine) side of America's Great Seal with its Eye of Horus (son of Isis!) and the 13-step pyramid of power. Another wonderment is the hidden meaning of our nation's long list of male presidents (covert side) which, unless there's a Republican coup of the Venusian Oval Office or a landslide for Trump (and there could be either or both), will soon flip over to a female Commander-in-Chief.

Political Pundits: Why Has It Taken the US So Long to Elect a Woman President?

The political class ask this with eyes wide as if they weren't in on the game! For it seems to me that this change was meant to be and its timing no accident. My assertion is that the 'breaking of the glass ceiling' imagery used in the DNC video to signify a woman breaking through to the top tier of power brings to fruition more symbolism than the American people are allowed to glimpse or understand--it's the nature of mysticism with secret motives to hide information in plain sight.

Actually, such esoteric topics as the Mystery of the Great Seal's Eye of Horus have turned up previously on Stars Over Washington.

For the curious, here is a 14-minute presentation on The Story of The Great Seal of the United States (part 1 of 2) which includes its history, the selection of mystical symbols on its covert and obverse sides, and how VP Henry Wallace (a 32nd-degree Freemason and occultist) brought the seal's obverse Illuminati-inspired symbols to the attention of President Franklin Roosevelt (also a 32nd-degree) who, with little if any public explanation, had the symbols placed on the back of the dollar bill, as the legend goes:

"A Woman Rises from the Ocean, a Seal Embraces Her" is the Sabian Symbol for 1 Aries with 'the ocean' a well known symbol of the unconscious in dreams, and more universally of the Collective Unconscious in the Mundane Astrology lens through which I tend to view Politics here on SO'W. Obviously the symbol's 'seal' represents America's Great Seal, and the 'woman' is, as it turns out, Hillary Clinton who seeded the New Millennium at midnight on New Year's Eve with husband and President Bill Clinton as the calendar of a new century turned over and our national phallic symbol and Egyptian obelisk, the Washington Monument, was decked out in celebratory lights. Our then-First-Lady has waited through 8 years of the Obama presidency to reach this point in 2016--the year which was always part of the game plan, imho.

For it's possible that the significance of switching to a lady president is at the very Foundation of America via our natal horoscope if we use July 4, 1776 at 5:09 pm LMT Philadelphia, PA (where the DNC 2016 happens to be located) for this moment places a Cardinal World Point of 00Aries+ on the IC, the Basis of the nation's founding. Round up the degree to 1 Aries and we get the above pregnant-with-meaning symbol. Of course, a horoscope's IC Point also reveals hints about the Draining and the Ending of an endeavor but that's a fret for a distant day. jc