February 26, 2017: From West Coast to East! SO'W is pleased to present a second Guest Post by astrologer Kevin Estes who writes the Left Wing Astrology blog:

Pluto entered Capricorn around the time the Great Recession hit, then went back into Sagittarius for the summer and fall, then went back into Capricorn for good in the winter of 2008. Before Pluto went into Capricorn, people were spending money they didn't have (housing bubble), global issues were at the forefront (War on Terror), and people tended to actually trust their governments. All are related to the sign of Sagittarius. When Pluto went into Capricorn, people began being more thrifty with their spending, the global issues took a backseat to the US economy and domestic issues such as gay rights, and people have begun to be aware of how their governments are screwing them over in favor of large corporations, whose owners are experiencing substantial increases in their wealth at a time when the middle class is disappearing rapidly. The Tea Party and Occupy Wall Street movements, as well as the Arab Spring began in the early days of this transit, when Neptune was still in Aquarius, the sign of activism.

Neptune entered Pisces in the spring of 2011, then went back into Aquarius for the late summer of 2011 until the late winter of 2012, when it went into Pisces for good. Before Neptune went into Pisces, people were pretty much addicted to technology and social media. People still are today, but I've been noticing more and more people getting rid of their Facebook accounts, which would have been unheard of a few years ago. Aquarius is the sign of technology, while Neptune represents culture, so 1998-2012 was basically the technology culture, which is quite fitting. Pisces is the sign of sacrifice, spirituality (not religion, that's Sagittarius), and compassion, and it is no coincidence that alternative spirituality (which includes astrology) is being embraced more and more during this transit, as well as veganism and healthier lifestyles in general. I've noticed many innate cultural conservatives embracing gay marriage during this time as well, which would have been taboo in the Pluto Sagittarius/Neptune Aquarius era. 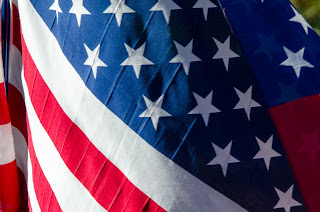 The US will undergo its Pluto Return in 2022, though transit Pluto will still be conjunct natal Pluto before 2022, as early as the time of the 2020 election. What does the Pluto return mean? In generational astrology, your Pluto sign represents the core reality of your age group, and Pluto itself represents transformation. While nobody alive will undergo a Pluto return, countries will. When the US undergoes its Pluto return, our country will basically have to transform, or die. This will likely mean the transformation of values that are outdated. Outdated ways of doing things include the two party political system, where the Democratic and Republican parties get all the media coverage because they work for the globalist agenda, the financial system, which requires you to be a "wage slave" in order to survive until a certain age where you're no longer useful (make no mistake, that's still slavery, just not as in your face), the education system, which basically trains you to memorize and not question authority from a young age (as an Indigo adult, I've always saw through this), and religion, which tells you that you were born in sin and that in order to be "saved", you have to believe in Jesus or else you'll go to "hell" (once again, as an Indigo adult I always saw through this).

These systems can still exist, but need to be radically transformed in order to serve humanity's best interests. Knowledge of people's innate political and ethical natures, which this blog highlights, would allow people to determine if their leaders will work for humanity's best interests or enrich and empower themselves. For the financial system, people can still choose the career they want, but should be given a fixed amount every month in order to survive (and with Pluto in Aquarius, the sign of technology, technology will likely do a lot of the jobs humans currently do) and have free health care. For the education system, the real history of the world should be taught (the Illuminati should be taught in history classes so nothing like that happens again), as well as astrology, in order to get people in touch with their own innate natures (Sun, Moon, ascendant, inner planets, outer planets/generational values, and political viewpoints/ethical natures) from a young age and not feel like they're "right" or "wrong" for being a certain way.

Hospitals should also produce natal charts for every baby along with the birth certificate, so each person can be raised according to their own innate natures rather than how the parents think they should be. Pluto and Neptune signs should be used to define generations rather than years, as they can't be debated. For religion, the truth should be taught rather than that you need a savior because you were born in sin (Jesus' teachings were way different than those of the OT God who is more vengeful, who is the central figure of Judaism. Zionist Jews are at the top of the Illuminati pyramid so there is likely a connection), which is a way of saying that you were born a bad person. The media should always tell the truth and make sure everybody is well informed on every issue. Basically, these systems need to work for the best interests of everyone, not the Illuminati agenda (the Illuminati's Pluto is one degree away from that of the US, so they'll have to transform or die as well).

As I mentioned in my last writing, the elites know that this is coming, and thus have manipulated humanity into ideological and generational warfare, while knowing that political viewpoints and generational values are things we're born with. Thus, these issues will never be settled unless we coexist and embrace our differences and focus on the real enemy, the Illuminati and the politicians, religious leaders, and celebrities they control, who want the New World Order at the expense of innate liberals and innate conservatives. That is their biggest fear, as there are way more of us than there are of them, and innate liberals and innate conservatives embracing their differences and uniting as one will overwhelm them, as will the Baby Boomers, Generation X, Millennials, and Digitals born in the late 90s-2000s embracing their differences and uniting as one.

If we do that, we can create a better society for all of us.