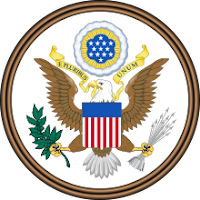 His Arabian-European roadshow ended, Donald Trump returns to Washington DC tomorrow, Sunday May 28, 2017 as multiple publications across Europe and at home call him a laughingstock who should be impeached.

Astrologically, might we fault transit Saturn now adversely affecting Mr. Trump's Sun-NN/Moon-SN opposition? How about the natal indiscreet Mercury-Neptune square that blabs intel, tweets insults, and forms misconceptions of reality everywhere it goes? Plus, Trump's natal Saturn, planet of authority, authenticity, accountability, and gravitas is in Moon-ruled Cancer, the sign of Saturn's detriment, and is in wide conjunction with natal Venus, a combo of discontent. Neurotic reactions are quite typical for those born under Saturn in Cancer's rays.

Other potentials with Saturn in Cancer include estrangements from relationships, emotional sensitivity, a deep need for respect from others, and attempts to hide inner feelings in order to preserve dignity. 'Aggravating circumstances due to family ties' (Ebertin) may partially describe Trump's return to America under the darkening cloud of his serious Jared Kushner problem and his purported 'private channel to the Kremlin' request to the Russian ambassador.

Saturn in Cancer also suggests defensiveness, need to be taken seriously (calling him a laughingstock won't do it), emotional touchiness, excessive water retention and weight gain, and a strong attachment to material and financial possessions and we have a fit description of an unfit Donald as forces within and without the US government attempt to remove Mr. Trump from office and, one supposes, force upon the American people the theocrat VP Mike Pence.