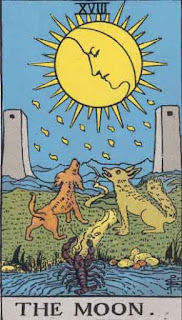 August 29, 2018: When last we discussed the second trial of convicted felon Paul Manafort set for September 17, 2018, I published an 8:00 am edt horoscope for the trial but expressed misgivings about whether the date would hold. Basically it didn't so later a post update was added to reflect that jury selection will proceed on September 17th but the attorneys' opening statements are postponed a week until September 24th. The following post is a meager attempt to update the second Manafort trial's planets but without displaying a second horoscope.

However, today my comments will be based on a chart set for September 24, 2018 '8:00 am edt' in Washington DC (aka the 'new trial') and hopefully the date will be the final re-set by Judge Jackson although other disruptions could occur (plea deals, illness, -?-). Authoritative Saturn @2Cap48 is in the 3rd house of Communications so a witness may be inhibited, prevented, or delayed from testifying, or perhaps a lawyer will come down with strep throat or be smooched by a dangerous kissing bug--who can say since this trial involves the unpredictable world of Donald Trump! Plus, kissing bugs never ask permission, they just smooch.

Now as we would expect, the fastest moving body from September 17th to the 24th is the Moon which reaches 24Pis14 conjunct fixed star Markab, the star of sorrow with themes of legal problems, emotional issues, tragedies to loved ones, and/or accidents (A. Louis). Luna's September 17th conjunction with Saturn Rx is left behind, plus, the Moon will have sailed beyond the net of deceptive Neptune (@14Pis37 and still in process of the Republican Party's first-ever Neptune Return/s with the the final of five conjunctions coming on December 29, 2018). Fixed star Achernar (risk of rapid endings; crisis at the end of the river) remains ensnared within Neptune's gauzy veils during this period of the GOP's identity and core values morphing into those of the bigoted 'Trump Party'. That transit Neptune now floats through its own watery realms of Pisces only makes things more confused, weakened, undermined, paranoid, fearful, and conspiratorial.

See 'The Conspiracy Party' and Its Neptune in Pisces (December 29, 2018 horoscope shown).

The new trial's Sun Libra-Moon Pisces combination suggests actors, detectives, psychologists, and/or those with perceptive intellects and a potential for "vacillation at crucial crossroads." Hmm...could this describe Mr. Manafort (Sun) plus the jurors (Moon) on this day? Mercury @4Lib12 in 12th house is likely to signify those who testify and we should note that Mercury is no longer the oriental planet of the chart and trial (last to rise before the Sun)--now the oriental planet is way across the chart--quirky Uranus @1Tau41 Rx in 7th house. Curiously, Mr. Trump is a Uranus oriental figure leading the country in his disruptive, unpredictable, chaotic style.

Now a factor in an 8:00 am edt chart set for September 24th which was not true at 8:00 am edt on September 17th is that 13Lib05 rises which precisely brings up the natal Neptune Rx of Paul Manafort (13:52) along with fixed star Algorab with its Mars-Saturn influences and its difficult themes of loss, lies, greed, injury ('in' jury), accidents, and/or a potential for suicide (A. Louis). Manipulator Pluto @18Cap46 Rx stalks the IC, or Foundation of the chart and trial, while acting again as apex planet of the Mars-Saturn midpoint = 'rage, fury, brutality, intervention of a higher power, bodily injury or harm, murder, death of many people'--Ebertin). And as noted in previous posts, this particular midpoint picture belongs to the natal chart of Donald Trump so by transit it's a 'natal echo'. So it seems that Mr. Trump is at the basis of the matter although no one needs Astrology to confirm this for we hear his underworld 12th house Pluto threats every day (which are attended by his 12th house Mars).

At Midheaven (14Can57) are two major stars of the firmament: 'Dog Star' Sirius (ambition, fame, pride, occult interests, dog bites) which is aka, The Scorcher. Nearby in degrees is Canopus, the star of old age and signifying potentials for scandals, a quick temper, and violence (A. Louis). No longer is Trump's natal Mercury (8Can51) precisely on the 8:00 am Midheaven for all to see as it was on September 17th!

On September 24th 'The Tower Eclipse' of August 11, 2018 @18Leo41 remains the 'collapsing' Prenatal Solar Eclipse of the trial as on September 17th along with the same Syzygy Moon (last lunation) which is the New Moon of September 9th @17Virgo, ruled by Mercury, now moved into Venus-ruled Libra. This sign for communicating Mercury indicates a sense of justice, teamwork, and tactful mediation (Ebertin), plus, Mercury will have left its September 17th conjunction with fixed star Denebola (21Virgo; to go against society--and conjunct US natal Neptune).

The Jupiterian North Node @4Leo27 (public contact; future direction) is in the very public 10th house so of course media coverage will dominate to whatever extent it can yet its opposite, the Saturnian 'Tail of the Dragon' South Node @4AQ27 is closer to transit Mars than the week before for Mars is now posited @3AQ34 in 4th house which presents a picture of a loner who disregards the opinions of others when making decisions. Out of harmony with society, Mars-SN can also describe law enforcers and/or someone who tends to antagonize others by lashing out in anger or frustration. Wonder who Mars could be?

As for Jupiter, he'll have moved off '19Scorpio', the 'accursed degree of the accursed sign whose malefic influence never weakens' (A. Louis) and on to 20Sco53 in the trial's 2nd house of Money and Values. Next degree is '21Scorpio', a critical or crisis degree. Perhaps Jupiter's rounded-up SAbian Symbol is helpful here: "21Scorpio" = A Soldier Derelict in His Duty"...DEVIATION. Positive expression: "effective responsibility to the inner stirrings of self and a willingness to face the consequence of true self-assertion; negative: complete faithlessness to the common welfare" (Jones). Thing is, Venus in Scorpio is at a critical degree as well and both planets are 'money planets'.

Now I've saved for last chart-ruler Venus (same as on September 17th) which will apply once--to a pleasant trine aspect with deceptive if creative Neptune (6A04). This is the aspect of a master of disguise! A chameleon, as it were and one fond of charades and other game-playing which this trial could turn out to be--especially if Donald 'thespian' Trump dabbles in it. For after all, Mr. Trump's natal Jupiter-Neptune planets and their midpoint rise with his wounded Chiron in the 8:00 am chart on September 24th which suggests great hopes and speculation by one who lives in an unreal world and acts according to an emotionally rationalized agenda.

Okay, dear reader, that's it for me on the second trial of Paul Manafort. If the court schedule changes yet again or the trial is moved from DC, send me a link because it'll be your turn!

Recommended for further details: The Combination of Stellar Influences by Reinhold Ebertin, Predictive Astrology by Bernadette Brady, Horary Astrology Plain & Simple by Anthony Louis, Solar Arcs by Noel Tyl, The Sabian Symbols in Astrology by Marc Edmund Jones, and Sun Sign-Moon Sign by Charles and Suzi Harvey. The above Tarot card 'The Moon' is from Amy Zerner's The Enchanted Tarot deck. Perhaps you recall that we came across 'The Moon' card recently when we consulted the Tarot with a question regarding Mr. Trump and Mr. Mueller!