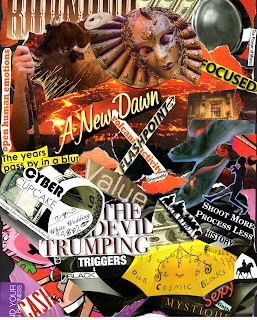 Recently we discussed here the Full Moon of November 23, 2018 @00Gem52 conjunct weeping Alcyone of the Pleiades constellation. For those who keep up with solar eclipses, it comes as no surprise that the November 23rd lunation of 2018 spotlights or re-activates a previous Solar Eclipse by degree (00Gemini), an eclipse which manifested during the watershed year of 2012 and this suggests a return to certain topics of that time. Therefore, the themes of said eclipse may also come into play again for they have continued 'running in the background' all along with Collective implications (plus, another previous solar eclipse from a different Saros Series may be triggered as well--see below). And perhaps you agree that New and Full Moons can sometimes 'behave' much as an eclipse would do--New Moons in similar fashion to Solar Eclipses, Full Moons like Lunar Eclipses with their more unconscious potential for total awareness. Such catalyzing action and the changes they portend would depend, of course, on an eclipse activating the horoscopes of individuals through which history is made.

Yet all eclipses are "wild cards of the Universe" with their disruptive, sometimes shocking abilities for sudden changes of direction similar to planet Uranus and they may also be termed 'cosmic blinks' for light on Earth is temporarily removed or reduced by a Higher Power.

The Solar Eclipse set to be re-activated by the November 23rd Full Moon occurred on May 20, 2012 in the 14 South Saros Series @00Gemini - conjunct, as noted, Alcyone, keywords: 'something to cry about'. Adding to this complexity is the fact that the May 2012 and November 2018 lunations @00Gemini may also re-activate another prominent Solar Eclipse in the 13 South Saros Series which occurred @1Gemini in 1993. All this said, the themes of 13 South and 14 South are handily listed, below, and please note that 1993 is the year of the Great Conjunction/s of Enlightenment-New World Order planets, Uranus and Neptune:

Potentials for 13 South May 21, 1993 (1Gemini) themes: 'conflicts, wars, constitutional crisis' (now, compliments of Trump), 'striving for group endeavors in positive or negative fashion', 'expansive energy under which lies a more sinister flavor', 'an urge to expand but his contains frustration, inhibitions, loss, or separation' (all themes from Brady's Predictive Astrology). And note that a 13 South Solar Eclipse also manifested in 2011, next in 2029.

Now as you know, Uranus conjoined Neptune three times in 1993 @18Capricorn and with 2017/2018 Pluto, planet of the Underworld, coming along in an activating fashion, so that a midpoint picture forms: 'the big picture must be followed, very little option to do otherwise' (Tyl) which I've always thought sounds like the mobster's ultimatum, the 'offer that can't be refused'. Do US congress members, particularly of the GOP persuasion, hear such a sinister ultimatum whispered in their compromised ears? Perhaps you agree that thuggish Mr. Trump is implicated, not the least because the Sabian Symbol for '18Capricorn' is POLITICAL POWER with its negative expression: 'smug or strong-armed paternalism' which of course echoes the potential for Trumpian authoritarianism on the rise (across the globe, actually, but my focus is America, my only nag in the race). This above all is the reason the Trump regime is unwanted and constantly criticized by those of us who prefer America as a democratic Republic over his style of vicious, sinister, self-glorifying paternalism.

Potentials for 14 South May 20, 2012 (00Gemini) themes: 'periods of hard work then success', 'Mercury-Pluto content' (contained in 14 South's initial eclipse @11Scorpio in year 984 OS) suggests that 'an obsessive idea will finally be accepted' which then leads to the 'promised success of Jupiter', 'pushing for acceptance of ideas or methodolgies' (or authoritarian ideologies? jc) 'as this eclipse can bring the long awaited breakthrough'. Of course, Mercury-Pluto suggests America's natal opposition between them (1776) and the potential for total surveillance which we now find lurking within AI which IS the 'New World Order', aka, 'the Matrix'. And btw, the NWO's Sun @1Scorpio was recently highlighted by the Full Moon of October 24, 2018 (1Tau13), the Syzygy Moon of the 2018 Midterm Elections. Synchronicity!


Now the next 14 South eclipse occurs in 2030, plus, 14 South also manifested on May 10, 1994 @20Taurus, the year that presented us with government shutdowns and the so-called Gingrich Revolution when Newt and the GOP took control of the House against democrat Bill Clinton and 'eclipsed' William Jefferson Clinton's natal Taurus Moon.

And one final note to this morning's dissenting fuss: if you haven't, please check out a previous post concerning Trump and Gingrich: Peter Pan and the Piper Piper for the two demagogues' personalities are very much alike.

was hoping the "dark"side would be on the wane...but doesn't seem so...

was also hoping the recount would bring to light whatever forces were at work to skew this election(for the pleasure of DJT)but...well, we will see...the turnout and the supposed (early)results did not add up...