ORIGINAL TITLE: Boris Johnson's Horoscope - Brexit and Britain in 2019 and 2020

This is an update of Boris Johnson’s Horoscope (written September 9th) to the original article of July 30th.

As we might expect signs of confusion, blockage and severe impasse (unless a real breakthrough compromise is made) are all there in the prediction charts involving the UK, Brexit and British Politics. The original 1066 chart for England (from the time of William the Conqueror) has transiting Neptune opposite Saturn throughout October - the conflict between high ideals and hard-nosed reality. This can so easily mean self delusion or stasis – the inability to move forward. On this chart, too (for 25th Nov.) there is transiting Jupiter conjunct natal Uranus - the best time for the UK election if only because it symbolises an optimistic, forward-looking fresh start and the need for real progression. The best time for who, though? 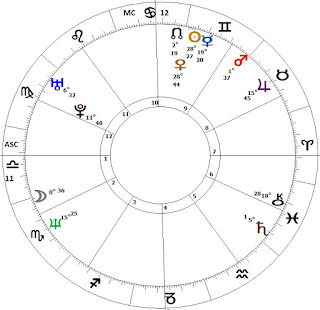 We'll get this very soon, but also, on the 1801 chart (for the Union of England, Wales, Scotland and Ireland) there are aggressive Mars squares between the 7th and 19th of October. This means, whether or not Parliament sits, the backbiting and political conflicts and name calling is going to get even dirtier - especially on the 18th. This is also reflected on Boris Johnson’s Horoscope with severe squares involving Mars on 17th Sept., and 1, 2 and 3 October, which see him more warlike and belligerent than ever in his comments and actions, especially by the 21st when the red planet crosses his ascendant (personality). By the 24th, Mars is square to his Midheaven (his career) when the challenges (from outside) increase and so does the intensity - now the gloves are off, and it may not be pretty! Oddly, the 25th-27th may be good for him personally, with Jupiter opposing the sun. Perhaps something now goes right for him, or the tension simply abates!

So what about the forthcoming Election? Matters are too complex and febrile to start predicting who is certain to win it, or when it takes place, precisely. However, the best astrological time for Labour is early November, provided that Johnson has sought the extension required of him with the EU. At this time, Jupiter crosses the Descendant (partners) on Labour’s birth chart - some kind of pact with the Liberals would be an excellent move. Early December is not good for the Tories to call an election, as Saturn is crossing the ascendant. Plus, on the Brexit chart - the referendum chart showing the progress of Brexit in the UK (below) – the old taskmaster Saturn has a long conjunction to the ascendant on 29th Sept. until 24th Oct. This is not a good augur for the Brexiteers since Saturn represents blockages, delays and limitations. (Didn’t Boris Johnson say he just wants to get on with things?) 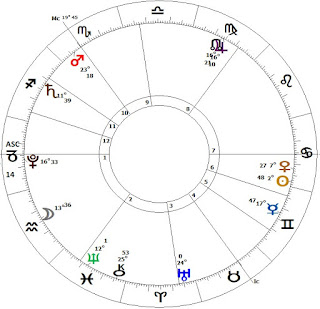 Later on (Nov. 9th to 20th) there is a Saturn conjunction to Pluto - this is not good for the Brexiteers, either, as it suggests some kind of immovable object in the path of Brexit itself. Interestingly, in the Article 50 birth chart - the chart for the negotiations involving the EU (below) - any talks over Brexit are likely to break down in rancour in mid-December, though things do look brighter on the negotiating front around 12th Jan, 2020, as transiting Jupiter moves into the fourth house (home). Even with a no deal Brexit, Britain still has to negotiate some kind of trading arrangement with Europe (and commentators have pointed out that this will be more difficult when we’re not members). 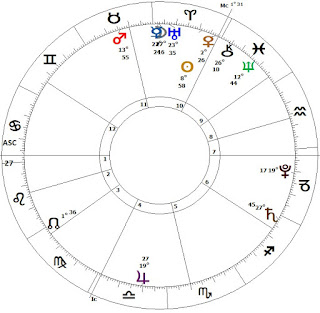 Saturn crossing the Tory party’s ascendant early December signifies a new phase in their development, one (as we can see already) which is yet more hardline and authoritarian. But as nothing is ever set in stone, if the Tories were to remove Boris Johnson the new Saturn effect might mean something different - a return to a more traditional, centrist party where the likes of Ken Clarke are welcome again. On balance, Labour look to have the best chance in an election (around either the 6th or 25th of November) but only if Nigel Farage’s Brexit Party fails to support Johnson.

Thank You for the update, James! Hope you'll keep us posted on how things are going in the UK, Jude