Dec 19, 2016: Cosmic Conditions for the Electoral College Decision on a Trump Presidency

As per reader's request (thanks for the inspiration, Rebecca!), the following post concerns the official Electoral College meeting on December 19, 2016, to decide if Donald Trump can indeed take possession of the reins of power in 2017. The planetary indications described below denote certain cosmic influences yet as usual, the motivations of those involved are known only unto themselves and may interfere with the outcome. If this occurs, you'll know that yours truly will fault Pluto in Capricorn so near to tofu planet Mercury taking the shape and mindset of the persuasive, intimidating planet of meddling Plutocrats!

The Electoral College Meets December 19th: For or Against Mr. Trump?

A basic reason that America's Electoral College was founded was in order to prevent dangerous demagogues from grabbing the presidency. So will Donald Trump be cast aside on December 19 (2016) when the electors officially meet to decide who will enter the Oval Office on January 20, 2017? Based on the Astrology of that day I would say that, yes, it is possible that the presidency could be decided in favor of Hillary Clinton (unless a higher authority prefers Trump) although Clinton's higher popular vote count probably carries no weight in their decision.

The Hill lays out the political considerations. But what do the December 19, 2016 planets reveal through my common-good lens?

After studying the day of December 19th in the morning, noon, and later, I find two main planets in transit that relate descriptively to such political considerations: voting/negotiating Mercury station retrograde @15Capricorn (sign of government, law, business, and authority) conjunct powerful, wealthy, plutocratic Pluto, and Cap-ruler Saturn @20Sagittarius. Transit Saturn is in process of conjoining Mr. Trump's natal Moon-South Node conjunction while opposing his natal Sun-North Node pair which has potential for difficulties of a karmic nature. But putting such a Saturnian 28-to-29-year transit aside, let's consider two things: that voting Mercury is spotlighted via stationing, and by the fact that it will then retrograde which relates to reviewing and reconsidering--and a possible change of mind. On a Mercurial level, this a cosmic picture of the sobering events occurring December 19, 2016! Yet if little Mercury--under the influence of manipulative Pluto--isn't enough to jettison Trump (or to keep him), there's the weighty condition of Saturn.

On December 19th, transit Saturn is the Thales planet for the ongoing conflict-producing Jupiter-Uranus opposition since the conservative law abiding Saturn sextiles Jupiter and trines Uranus. Possibly, this indicates Saturnian people (in authority) coming to the aid of Donald Trump, especially since his natal Sun-Moon opposition is involved. And note that for most of us, Saturn 'hitting' a natal Full Moon can result in difficult circumstances unless we have previously honored Saturn's commands to be accountable, responsible, and mature. Now for me, that does not describe Mr. Trump who seems emotionally immature as many folks have noted. And he's much more of a Jupiterian personality who takes credit where it isn't due, is materialistic, and thinks that cheating is winning even though it's actually stealing. Well, as he never tires of saying, he does love "winning". By trickery? No problem!

So with Saturn sextile Jupiter, opportunity to expand or improve one's professional status is offered though not promised. But the offer is made more interesting because Mr. Trump is in process of his 12-year Jupiter Return which makes the December 19th Jupiter in Libra more personal to him (though transit Jupiter is not on Trump's natal Jupiter degree on that particular day). As for Hillary, her natal Jupiter is @00Sag, the sign through which Saturn has been stomping and this may give her a measure of influence in this cosmic picture although it's more of a Saturn-conjunct-Jupiter vibe of 'giving back some of what was given' since transit Saturn already conjoined her natal Jupiter back in September 2015.

Then with transit Saturn trine Uranus, planet of radical, reactionary politics (such as Republicans tend to practice), we may expect financial and business improvements for those involved--particularly for groups and organizations, thanks to general monetary conditions (and financial titans manipulating US Politics from behind the curtain).

As for the Electoral College itself, another cosmic condition of Saturn applies on December 19th--Saturn is the oriental planet for it rises last before the Sun. Saturn oriental is often present when Politics are involved and shows that things function best in situations where goals are highly defined, perseverance and maturity are warranted, and administrative talent is necessary. Plus, Saturn in Sagittarius describes those who are serious about their moral and ethical standards though self-righteousness may result.

However, the oriental condition of Saturn does tend toward a strong sense of social order and a preference for authoritarianism which relates to political conservatives, or could, if their consciences are voted, be an indicator that a demagogue such as Donald Trump is unfit and unqualified to be president of the United States because if the electors are honest, they know that he does not meet with the Electoral College mandate laid down by our Founding Fathers.

Other Planetary Influences of Note

Additional transits to Mr. Trump's natal Jupiter are worth considering such as his Jupiter Return/s on December 4, 2016, April 13, 2017 (Rx), and August 4, 2017 with natal Jupiter strongly stationed @17Lib27 in his natal 2nd house of Money and Values (and in a trio with Chiron and Neptune--he's a speculator - and one of Jupiter's roles is the politician). The above described Jupiter-Uranus opposition means that transit Uranus opposes Mr. Trump's natal Jupiter, a time when optimism may be ill-warranted, unstable conditions can prevail, separations may occur, and the results of advancement of professional and economic opportunities are unpredictable. A cautious profile is advised under this erratic Uranian influence, but as we know, Trump has difficulty maintaining such a cautious stance for very long. Yet the Uranus opposition will let up around the time of his second Jupiter-conjunct-Jupiter in April 2017 and will be out-of-orb by August 4, 2017.

Perhaps even more descriptive is transit Pluto square his natal Jupiter with Jupiter-Pluto as the pair of the wheeler-dealer and special achiever, and a Plutocrat indicator as well. This denotes a time when others with more power and influence can choose to squelch or block those with inflated self-importance and unrealistic expectations--those such as the bombastic Mr. Trump. Plus, his father Fred's past Jupiterian business activities could be one reason that Trump's ego and power needs are not politically improved upon at this time though seemingly they have been as of the November election. In other words, the tiresomely ongoing Cardinal Uranus-Pluto square is and has been closely affecting the natal Jupiter of Donald Trump--and his Jupiter wants what all Jupiters want: to grow, improve, better, and expand.

So once again, it will be the true motivations of more powerful Plutocrats (in or acting through the Electoral College) who determine the outcome of the 70-year-old Mr. Trump's final bid for political ascendancy and control. Or, maybe the simple fact that transit Mercury, planet of votes, negotiations, and deals, turns retrograde on Dec 19th and describes an elector, or multiple electors, changing their minds concerning a Trumpian presidency as astrologer Larry Schwimmer recently reminded me! 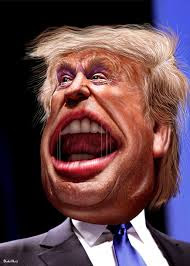