In March 2010, the Affordable Care Act was signed into law by President Obama while transit Neptune sat upon America's natal Moon in Aquarius, aka, We the People, and the Great Conjunction/s of the inflationary/speculator/wastrel pair, Jupiter and Neptune, had sprinkled dreamy fairy dust over our Moon and hearts all through 2009, Mr. Obama's first year in office. Little sense of reality prevailed and big promises were made and believed by the more gullible among us.

Nowadays, reality continues to hide beneath the waves of deceptive Neptune strong in its own murky sign of Pisces as Mr. Trump readies his administration and enjoys his own Jupiter Return/s to its natal position of 17 Libra. And yes, the delusional Jupiter-Neptune imprint applies to Trump's first term in office as well since the next Great Conjunction doesn't occur until *Saturn and Pluto meet @22Cap46 on January 12, 2020:

Read the 2012 SCOTUS decision on the ACA.

As you know, when astrological Neptune is associated with health issues a wrong diagnosis can be the result. Let's hope for the sake of all Americans that Mr. Trump, Tom Price, and other administration officials determined to repeal and/or reform the ACA give us a new and improved prescription for what ails us.

*We remain under the influence of the last Saturn-Pluto conjunction which perfected once @27Lib36 on November 8, 1982 during the first term of the Reagan administration. Air sign Libra was about ideas and ideology; their next conjunction in 2020 in pragmatic Earth will be about consolidation and bringing to fruition a draconian ideology which will soon be cavorting about the Rose Garden like little nazi fairies. But I doubt they'll look like this: 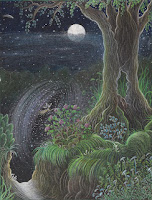