Pluto, Ceres, Chiron, America, and the 2017 Solar Eclipses in Pisces and Leo

Since the early days of Stars Over Washington (2005) my attention has sometimes been drawn to a certain trio: power planet of domination, Pluto (27Cap Rx), security-minded nurturer Ceres, and wounder/wounded healer, mentor, and blind spot, Chiron (20Aries) in America's July 4, 1776 natal horoscope. As you know, the midpoint of the Pluto-Chiron duo in society can be associated with plutocrats, Plutocracy, and the consequences they engender such as exploitation, oppression, various -isms, and primal violence, among others.

Now it seems to me that Election 2016 preceded by the 2016 Campaign of Insults brought us to the ill-attended Inauguration 2017 oath-taking and presidential theater, dahlink which heralded the February 26, 2017 Solar Eclipse @8Pis12, the degree of America's Pluto-Chiron midpoint and her natal Ceres so that they are activated or triggered to express. The natal midpoint and asteroid were simultaneously eclipsed.

Now I'm no numerologist so these triple digits hold no particular place in my thinking about such matters other than astrologically--8th house, 8th sign, 6th house (8 + 8 + 8 = 24 = 6), 6th sign so naturally health concerns are involved through Virgo and Scorpio. Note that the mid-degree of Scorpio is the Point of Regeneration (15Sco), aka, the Eagle Point. Therefore, Mercury, Mars, and Pluto influence the proceedings via their sign rulerships, and of course, Pluto, Mars, and sign Scorpio relate to such medical issues as surgeries, surgical tools, scientific research, medical personnel, and more. Mental planet Mercury represents the knowledge to treat, operate, and cure, and adds health insurance into the mix.

These health topics and issues shown by Pluto, Chiron, and Ceres make timely descriptors of the current 'debate' in the news concerning the repeal and replacement of the Affordable Care Act (aka, ACA or 'Obamacare' turned 'Trumpcare') with something wonderful!. Puh! Recklessly, the GOP's knife points toward Medicare as well which I consider to come under the oppressive primal violence tendencies of Pluto-Chiron while our caring Ceres in compassionate Pisces takes a break with the Republicans at the helm.

Another potential is that food and food contamination, false product information, 'Frankenstein' GM foods, adulteration, etc, come under the banner of Pluto-Ceres, and Pluto-Chiron, too. The EPA's poison control and other departments are in process of being severely restricted or closed down by the GOP to one degree or another. Ask me in about a year when Congress and the Trump administration will have done as much damage as their cold, perfidious hearts can manage. The congressional enablers in Congress follow a be-shadowed 'austerity agenda' for the 99% and produce legal-sounding documents and the papers for Trump to blindly sign with a flourish.

Trump Land is a blighted land and the EPA and the protection of clean water are now under threat (not that there aren't waste, fraud, and abuse issues in this and other government agencies).

Actually, The Great American Eclipse of August 21, 2017 at a critical-crisis 29th degree is a cosmic repeat performance of the Prenatal Eclipse of the Clean Air Act of 1963 so environmental topics and problems will continue to pop up everywhere and will not be denied under the Act's own revealing solar eclipse in the egocentric sign of leadership, royal Leo, part of the 1 North Saros Series which last manifested on August 11, 1999. The August 2017 Solar Eclipse across America will be personalized for Donald Trump since his natal Ascendant and Regulus rising (and by association if not degree, his aggressive, litigious Mars Rising) are 'hit' or somehow stimulated or activated by the eclipse.

And so this August, the great eclipse's cosmic blink winks at Don Don. He is, in the role of US president, quite unbelievable, isn't he? But not in a good way. "People come to him," said Kellyanne Conway recently and it sounded more than a little mafia 'donnish' as if "for favors" should have been the end of her sentence. Maybe Conway's remark sounded that way because this is a pay-to-play White House under Trump's extensive ballast and gold-hoarding hands.

However, this is also a non-mandated administration of a nude emperor, folks! Highly unpopular legislation awaits enforcement, let the blighting increase! But will the governed remind the compromised 'governors' of their true responsibilities to The People, whether said 'leaders' are acting from within a state of blackmail, bribery, and intimidation...or not?

On a happier if similar note, I'll hush and embed a link to an article I discovered just today written by Shirley Soffer. It's a revealing look at the deeper levels of Pluto and Ceres and I suspect you'll want to check it out if you haven't already!

Further Reading: Monday March 20, 2017 - Spring hits! even in our compromised, infiltrated, infested, toxic capital of Washington DC (horoscope shown) with its weather-damaged cherry blossoms this year...clearly a Thanks Trump situation. 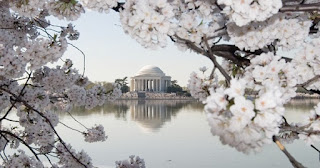