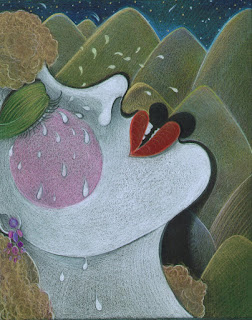 Apparently, on Wednesday October 3, 2018, Donald Trump via FEMA sends out his first Emergency Alert to TV, radio, and cellphones across America at 2:18 pm ET. Naturally this all smacks of disruptive shocker Uranus, doesn't it? Well, Uranus @1Tau21 Rx is conjunct the IC 2Tau02 (Foundation; Basis) of a DC horoscope set for that date and time with tech savvy Uranus in the 3rd house of Communications.

Rising is 8Cap54 with fixed star Facies (ruthlessness or the victim) and archetypal asteroid Orpheus, the melancholy. Chart-ruler Saturn @3Cap08 has no application to another planet in the chart but is rising in the 12th house of Politics, Karma, and Self--Undoing, while creepy manipulator and wealth hoarder Pluto @18Cap45 (strong on its Direct Station degree of September 30, 2018) is in 1st house and is the first planet to rise so that soon a midpoint will form:

Saturn-Pluto = ASC: sadness and mourning (Tyl); cumbersome circumstances (Ebertin). However, at precisely 2:18 pm ET, another midpoint picture rises: Neptune-MC = ASC: acting and pretending; taking the wrong path; pursuit of wrong objectives; uncertainty; insecurity; unreality and illusion (Ebertin). Plus, karmic Saturn @3Cap08 is in Nodal Degree (and inconjunct North Node 3Leo32 = the public), an indicator of a fated event and adjustments that need to be made between authorities and the public.

Testy Mars 7AQ03 will soon be swiped by the separative 'Tail of the Dragon' (South Node 3AQ32) and both are also rising in 1st house (after Pluto) which suggests a loner acting out of harmony with the traditions and standards of society and this--plus, the sudden Emergency Alert--may antagonize and annoy the populace.

Image above: Cryin' to the Hills, a drawing by yours truly from a certain Secret Moon Art Collection.