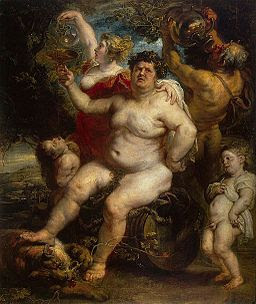 By studying his natal horoscope, curious cosmic myths and mysteries turn up concerning Donald Trump who, if one is to believe, was born June 14, 1946 at 10:54 am edt in Queens, New York. Notice the royal reference of his place of birth and, if his hour of entering the earthly flux is accurate, also note that royal star Regulus, the "king maker" or "little king", rises with his natal Ascendant (@29Le55: Self; Physical Body) at the moment of his birth. Also rising is a 'godly' asteroid, Apollo, the ancient 'sun god' along with a certain midpoint associated with goddess (or god) worship, veneration, and idolatry, Venus-Neptune. Perhaps you've noticed that in his own perverted way, Trump worships the female form, craves its beauty. In fact, only young, beautiful women will do! But is his vain self-image detached from reality? In the outer world, yes, but not on an inner level for he sees himself as the handsome Apollo and a royal king, the divine ruler! And we witness his sun worship via the orange face and white circles around his peepers ad nauseum! So whether by spray tan or tanning bed, there slouches our orange-hued 'Apollo' for all to see and marvel upon, red tie pointing ominously downward!

Yet there are deeper mysteries and intrigues under the surface of this superficial Gemini (Uranus-North-Node-Sun) who desperately longs to be taken seriously and to have speaks with world leaders of the strongman variety for Trump considers himself a strongman, too. But as with all human beings he is weak and flawed yet we find clues to his essence by his Regulus rising with lusty Mars in royal Leo (26Leo46) and in the myths associated with the royal star that Roman poet Ovid called Bacchi Sidus, "Star of Bacchus" (the Roman name for Dionysus, who remains well-known for his popular cult following). Of course these days, Regulus-rising Trump enjoys a (dwindling) Twitter following but still reaps benefits from the usual 'cult of personality' made familiar to the American public since the hallowed days of the high-minded George Washington (with whom his nibs can never compare, imho; in fact, they're opposites).

Now everyone knows that the leonine Regulus (now progressed from Leo to 00Virgo) is associated with the Nemean Lion who kidnapped maidens and kept them as hostages in his lair deep within his cave. (This sounds much like the myth of cave-dweller Pluto, god of Hades, and perpetrator of murder, assassination--and rape.) The warriors from surrounding towns would attempt to rescue the damsels in distress but misfortune resulted and so the myth goes that Heracles (the Roman Hercules, the strongman) was given the task of killing the Nemean Lion which he did by breaking its back with his bare hands for the Lion was impervious to all weapons. Does this remind you of the myth of "Teflon Trump"? Apparently it should. And according to the Trumpian mythology of his nibs, he plays the roles of both the Lion and the strongman who conquers!

Now curiously, Bacchus is associated with Regulus, an intriguing connection when it comes to D. Trump. Follow the Dionysus link, above, for more mythological info but I'll include a few details of interest here so you might consider whether or not they apply to his nibs. Such as:

Bacchus is known as the god of fertility, ritual madness (delirium), freedom to do as one wills (as with the satanic Thelema cult "of the Crowned and Conquering Child"), the harvest (grapes in particular), theater (Trump the thespian plays POTUS on TV!), and wine--or in the case of fussy narcissist Donald Trump, whine. In some cultural references Bacchus is a sibling of Apollo, and as the god of epiphany, Bacchus is "the god that comes" and his "foreignness as an arriving outsider" is an essential part of his cult and his reputation.

So if we cast our fatigued minds back to the 2016 Election, we find the Venus Cycle and goddess Venus' 4-and-8-year predictive relationship with the US Presidential Election cycle. In 2016, "Venus in Sagittarius supports a change to someone 'different'", I wrote then--in other words, election Venus in Sagittarius in 2016 supported the coming of a foreigner, a member of the rival party, an "outsider" who would be victorious over the incumbent party. A Bacchus figure, we might say if we wished.

Now let's allow goddess Venus to lure us back to Trump's natal midpoint picture of Ascendant = Venus-Neptune. Ebertin says of the Venus-Neptune pair (in no particular order per Trump and with a few mild edits):

Add Trump's Ascendant for more specific potentials: 'A peculiar disposition with regard to love life, impressionable, lack of good taste, a union with persons of a peculiar disposition, and/or disappointment in love'. (The Combination of Stellar Influences, R. Ebertin.)

Now let's consider the combined energies of the Venus-Neptune pair in the realms of Politics and Business a la Munkasey's Midpoints: Unleashing the Power of the Planets through his helpful inclusion of the Hegelian Dialect used by ivory-towered societal meddlers and chess players of the world for whom we are only the pawns:

"Thesis: Appeals to the ideals of the people; an inflated treasury; use of inflation as a means for controlling or manipulating growth; wealth derived from gas, chemicals, or oil; exaggerates or misstates internal resources.

Antithesis: Scandals concerning the misuse of, or deceptive practices within, the treasury or internal resources; subversives who desire to gain access to finances; spies in the financial branches; monetary fraud; art deception." For Trump I would add, artful deception.

"An appreciation of how reality can be altered for your own enjoyment; indulging in another's fantasy for personal gratification; perceptions about the illusions of how matter or form combine in the world."

And so it seems obvious to me that Trump's natal Mercury-Neptune square, a major fantasy-prone factor of misconception and falsehood lurking deep within his psyche, aids and supports his Venusian-Neptunian dreams, imaginings, illusions, and deceptions quite perfectly. Yet on this can we ever agree?

As you know, all royal stars in contact with personal horoscopes contain a caution not to be ignored. Here's A Very Closely Related Post: Will Regulus Assure the Destiny of Donald Trump?.