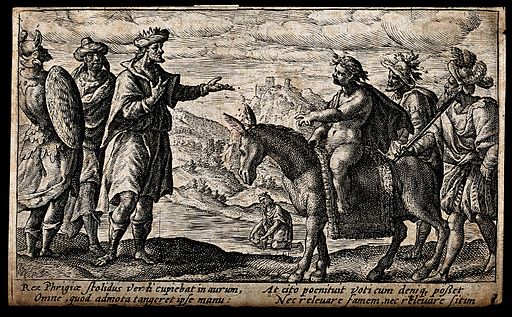 The following post is a Stars Over Washington republish from October 2008. I had totally forgotten I'd ever written it but, thanks to today's Brexit vote and its possibility of adversely affecting global markets and economies, I find myself in the mood to re-post it for you now.

So whether you agree or disagree, here it is:

Well, it's true that the phrase "spread the wealth" never goes over well with the richest class, and I can think of no better reason than this: if spreading or sharing actually occurred, half a million or so of their dollars might be used to feed the hungry, bind the wounds of the ill and dying, and comfort an orphan or a foster child or two.

Why, a factory might be built and a few jobs created - and after the corporate elite worked so hard to ship our jobs overseas, too!

So apparently, if there's one thing a rich man can't stand, it's being his brother's keeper by giving back a little of the largess he receives through the laws of this great nation and from the sweat of the common worker's brow.

Never mind that a rich man has money and legal reps to avoid paying taxes which he rightly should have been paying all along. Plus, they didn't invent offshore or Swiss bank accounts for nuthin'!

As you know, it was King Midas who turned everything he touched into gold which became a major problem to him because gold isn't everything and people turned into golden statues make poor companions.

Now, lest a rich man think this gnat of a blogger covets his gold, let him rest at ease, for temporary values don't trump (Trump!) eternal values with me - for it's easier for a camel to pass through the eye of a needle than for a rich man to enter the kingdom of God, says Scripture.

And you know that rich men probably think they have that circumvented just as they do with creative accounting tricks, triple sets of books, laws skewed on their behalf against the individual, world banks in cahoots, and Wall Street schemes galore.

But one day when All accounts are settled, we'll have to see about that. We'll all just have to see, won't we?

June 23, 2016: Funny that I must have been thinking of Donald 'King Midas' Trump and his love of gold when I published the above post in 2008--probably because he's threatened to run for president multiple times in the past. Well, this week my wonderment at his campaign rhetoric involves his assertion that he's "made a fortune off debt" (or words to that effect) and I can't figure out exactly who was harmed while he was making his fortune (contractors he refused to pay, for one.)

And yet I'm sure you've heard that, besides having a 'golden touch', Mr. Trump is Really, Really Proud to Be the 'King of Debt'! But before anyone (s)elects him to be US president, I'd like them to explain how his indebtedness to a certain German bank could compromise a Trump presidency because his indebtedness creates a vast Conflict of Interest that no other presidential candidate has ever had!