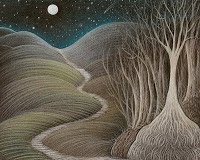 Don't languish fretfully upon the Edge of Petrified Forest... dare to check out the Astrology of 2019 with Robert Cosmar!


Just a quick post this evening concerning upcoming Year 2019 for the United States, a year which promises to continue 2018's legalisms, tensions, nervousness, and that irritating sense of teetering on the edge--yet good portents exist as well for the American people and for society as a whole.

As Above, So Below!

When wishing to consider the entire year, it is obviously helpful to consult a horoscope set for January 1, 2019 12:00 am est Washington DC which is readily available for viewing thanks to expert astrologer and cosmic guide Robert Cosmar speaking to us from his YouTube channel (which includes his informative 'Trump Watch' series). Robert discusses the January 1, 2019 horoscope, its portents both positive and negative, and sums up his overview of the year as it affects America and the American people in a video presentation not to be missed!

Forewarned is, as they always say, forearmed.

Now here are a few 2019 cosmic events which have so far been posted to SO'W and meant particularly for the curious among us:

The Lunar and Solar Eclipses of 2019 with Themes.