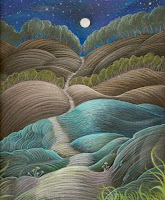 As The Hill reports, Trump and UK's Boris Johnson to meet on sidelines of G-7 Summit for breakfast Sunday morning. Problem child Trump is also said to be meeting with other leaders while there assuming he doesn't wander off in a daze or insult his way out the door before this year's summit sans Russia ends. Besides playing G7 host this year, France's Emmanuel Macron may be the one to take the reins of global leadership at least until America's former top spot is permanently filled--or perhaps until a new competent US president with a less-addled brain and beliefs in government and civilization takes over the Oval Office on January 20, 2021. We can dream, right?

Looking at a horoscope set for Biarritz, France August 24, 2019 (8:00 am CEDT) we find Mercury-ruled Virgo rising with a full 12th house of Behind-the-Scenes activities including Politics and Secret Deals. Regulus is spotlighted by the Sun 00Vir48 suggesting that the caution of royal Regulus is present: success if revenge is avoided; otherwise all that has been gained will be taken away. Sun also conjoins asteroid Juno which is associated with politics and with nation-states (which may contain a nationalist flavor if negatively utilized). Also in the 12th house group are Venus and Mars both at 4 Virgo and rounded up for a Sabian Symbol we find, "A Colored Child Playing with White Children." Now I don't pretend to know if this picture refers to a particular attendee or attendees but I do know it's the degree and symbol of Trump's Secondary Progressed ('SP') New Moon which perfects on September 16, 2019.

So the summit opens with Sun Virgo-Moon Gemini, a rational, productive Earth-Air combo of energies suggesting those who are reasonable, refined, shrewd, logical, and lovers of words. Plus, some may be pranksters with great mental dexterity and a flair for communication. This blend is shared by John Buchan, aka, Lord Tweedsmuir, who has famously informed us that, "An atheist is a man who has no invisible means of support." So what do we know of Lord Tweedsmuir? For one thing, he authored *The Thirty-Nine Steps! Do you suppose there any atheists at G7 2019? No surprise, if so. And certainly counterespionage, spying, or similar themes may be present especially since sabotaging America seems to be an ongoing activity these days for meddlers both foreign and domestic.

Now let's also consider what chart-ruler Mercury, planet of meetings, summits, reports, negotiations, and planning, is up to on August 24--an inconjunct with powerful Pluto. This hints that adjustments are needed obviously and someone is obsessed with their thoughts and plans--thoughts that may be outmoded and/or dogmatic. Under this aspect, communications tend to be oppressive and intimidating toward others and intellectual insecurity can cause problems in communications of the persuasive variety. A compulsive talker or two demands to be heard and propaganda must be broadly spread to the group. Pluto's extreme wealth and underworld connections add heaviness, even a creepiness, to the uncompromising atmosphere of August 24 as the G7 Summit proceeds.

But as the Cosmos would have it, during the proceedings Luna leaves Gemini on August 25 at 11:05 pm and floats into her own sign of Cancer which shifts the atmosphere of the summit to a more pragmatic, creative Earth-Water blend of Sun Virgo-Moon Cancer. This shift could be significant particularly since 00Cancer00 is a Cardinal World Point of Manifestation, plus, the heavy-weight duo of Saturn and Pluto sit atop the Midheaven (The Goal Point; Aspirations) at that exact minute (11:05 pm) in that location with a line-up most folks would wish to avoid: Pluto Rx at critical degree (20Cap), Midheaven, South-Node (the Saturnian, separative 'tail of the dragon'), and Saturn Rx. Triple karma! Is there something here about dealing with the effects of these harsh, limiting, constraining energies rearing their heads as they do periodically--or, is it about using them to restrict and oppress others? We must be on guard!

Yet in addition, with Sun Virgo-Moon Cancer a more domestic vibe may be felt along with intuition and a tendency toward self-reflection. Quick wit and charisma are in evidence, plus, practicality via Virgo and a deep concern for others via Cancer although a streak of suspicion may turn up at some point. This is a sociable blend of energies with which to end the summit (martini in hand?) and it is also found in the natal chart of outlaw Jesse James (who stole to fund the secret Golden Circle of white supremacists of his day) and, more positively, is the natal blend of author, muckraker, and Pulitzer Prize winner Upton Sinclair so let's close with one of Sinclair's more famous quotes--a question really,

"Is it altogether a Utopian dream, that once in history, a ruling class might be willing to make the great surrender, and permit social change to come about without hatred, turmoil, and waste of human life?"

Tragically in 2019, the answer must be that when trouble-maker/muckraker Donald Trump is involved, hatred, turmoil, and waste of life are always on his menu--somewhere between the big bucket of fried chicken and the most beautiful piece of chocolate cake you've ever seen.

*Pssst! If you have an hour and a half to spare and appreciate classic films, you might watch The Thirty-Nine Steps (1935) directed by Sun Leo-Moon Scorpio native Alfred Hitchcock! And in case you missed it, check out Brit astrologer James Lynn Page's latest analysis of Boris Johnson's Horoscope, Brexit, and Britain in 2019 and 2020.

After publishing this post I watched 'The Thirty-Nine Steps', the whole thing. Starring Robert Donat you know (b. 1905). I've always liked spy thrillers and black'n'white films and photography but I must confess the film is rather quaint! But still watchable after all these years. Especially for anyone curious to know what in the world were The Thirty-Nine Steps! Jude