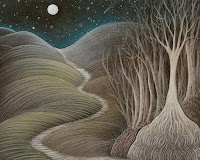 The lunations of February 2020 begin with a Full Moon @20Leo00 on February 9th, the 'bookend' or culmination phase of January 24th's New Moon @4AQ22 suggesting a seeding of intentions (New Moon) in January holding over into February. That this continuation relates on some level to the Trump Senate Impeachment Trial is a distinct possibility--As Above, So Below! And of course, the Leo-Aquarius axis (5/11) is the Self-Will axis that involves Risk-Taking, Speculation, Groups and Associations. And for Trump this axis contains his rising Mars and Ascendant with nothing to balance them except US natal Moon in Aquarius setting on his natal Descendant. Actually, the Trump's Mars opposing We The People (Moon) aspect has filled our association with antagonism, aggression, emotional volatility, anger turning to rage, frustration, conflicts, insults, mishaps, and danger--on both sides of the equation.

As for the 2020 Election, four more years of our shared Moon-Mars opposition would be more dangerous than many people can now appreciate so hopefully Trump will be evicted from the Oval Office, one way or another before November 2020. Yet I must unhappily add that the astro-signs for a second Trump term look 'good' unless something untoward occurs to keep Trump off the ballot. Well, apparently, Trump's Senate Trial seeking his accountability will begin on January 21st. If so, this is the very day that transit Saturn precisely opposes Trump's natal Saturn. So I say, As Above, So Below! May Democracy trump Trumpian tyranny via documents and witnesses!

Now the second lunation of February 2020 is the New Moon @4Pis29 (conjunct starry Fomalhaut) on February 23rd which culminates with the Full Moon on March 9, 2020 @19Vir37, another continuation of ideas, plans, and conditions into the next month and which activates the Virgo-Pisces Victim-Savior axis (6/12), also a place of compassion.

An upcoming post will concern the eventful month of June 2020 which contains a Lunar Eclipse @15Sag34 and a prominent Solar Eclipse @00Can21, a Cardinal World Point of Manifestation.

Image: On the Edge of Petrified Forest; is this a depiction of America under Trump and his Senate Trial that Senator Mitch McConnell is so desperate to turn into a cover-up for mobster activities?

Note that the above lunation dates, as always, depend upon the viewer's location upon the Earth and whether New and Full Moons perfect before or after midnight in that location. Personally, I reside in the Eastern Time Zone. Where in the world are you? jc

Speaking of Trump and Saturn, it recently occurred to me that one of the many significations of Saturn is “solemn oaths and vows.”

So I pulled up a Bi-Wheel of Trump vs Inauguration 2017. There was Saturn in spades.

Next I pulled up a Bi-Wheel of Trump vs Inauguration 2021. Saturn would be missing in action.

You're on target. Please check the date for the February full moon, I think it is the 9th, not the 2nd.

Totally correct will amend! I often succumb to typos and flubs! Of course an edit won't appear on past versions of my post but mea culpa, jc

PavaniGanga less Saturn for Trump to wield sounds good to me! jc