Trump's Proposed Deportation of The Masses

February 14, 2018: On the floor of the US Senate watch Senator Bernie Sanders speak on the subjects of DACA and immigration. Perhaps the senator represents not just his constituents but also astrological Saturn (the senex/the old man, the authority with more seniority) as he provides the amateurish yet venal Mr. Trump with a few lessons in decency. Hopefully this can help stop Trump's daft deportation plan that is certain to carry even more than a high emotional price tag since it would require massive amounts of funding to pay for the jailing and deporting of hundreds of thousands of people...'the masses'.

Who will be targeted next? Will Americans stir from their apathy before it's too late? 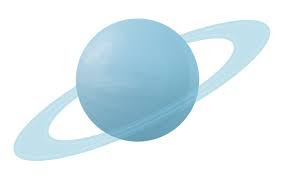 After all, transit Saturn is strong in its own sign of serious Capricorn and is in process of bringing karmic Saturnian limitations to Mr. Trump's very problematic Mercury-Neptune square spun with fantasies, misconceptions, falsehoods, sneakiness, faulty judgment, and deceptive propaganda ('fake' Neptune/'news' Mercury). Check out a list of the exact dates through 2018 that transit Saturn, planet of truth, realism, authenticity, and facts, rains on Donald Trump's illusory parade. And yes his idea of a military parade through the streets of Washington DC is yet another daft, misguided, fantastical, overreaching notion whereby in his mind, he reaps the benefits and accolades while other people always pick up the tab.

In addition to Senator Sanders, if anything can work out well in America anymore, Special Counsel Robert Mueller heading the investigation into Trump's dealings with Russia and other matters will act toward Mr. Trump as a critical, sobering Saturnian figure who holds him to account for any misdeeds, betrayals, or crimes he may have perpetrated--in spite of Trump's natal Saturn in self-protective Cancer and his Neptune-infected natal Mercury, also in the sign of Cancer the Crab which always scuttles sideways in order to avoid dealing directly and having to pay the price--behavior that suits trickster Mercury, the juggler and thespian, just fine.