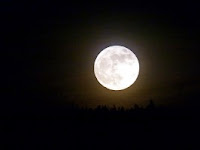 On June 27, 2018, Saturn and the Sun oppose one another across the Cancer-Capricorn axis thus fulfilling the promise (or threat!) of their previous conjunction which perfected near if not on Winter Solstice 2017. For transit Saturn had entered his own sign of Capricorn on December 19, 2017 and enjoyed a cozy tete-a-tete with the Cardinal Ingress Sun on December 21, 2017. A variety of political, legal, and business-related events occurred in that month--who am I kidding, in that year, thanks to Trump--and their effects naturally have lasted into 2018 and beyond, plus, these cosmic energies are imprinted upon the Trump 'administration' for its duration along with the eclipses and their themes which have preceded and occurred during his inauguration and his time in the Oval Office.

So with the June 27th Sun-Saturn opposition we may expect a sense of fulfillment, culmination, or at least an awareness such as any Full Moon brings, therefore, the events during late 2017 will turn up in the news cycle again for some level of resolution or completion. Yet separation is also a feature of the Sun-Saturn duo and of any opposition.

As for past issues that may turn up for airing there are three events of December 2017 that I easily remember: Alabama's Senate election being won by Democrat Doug Jones (and not Roy Moore!), Trump's pal Michael Flynn pleading guilty to lying to the F.B.I. and agreeing to cooperate with the Trump-Russia investigation, and Trump's initial pronouncement that, not Tel Aviv, but Jerusalem is the rightful capital of Israel and that the US embassy would be subsequently relocated there. It was just in time to fulfill the 70-year Biblical prophecy.

See December 6, 2017's Why Moving the US Embassy to Jerusalem Is Controversial.

However, with this post let's limit (Saturn!) our consideration to the June 28th Full Moon (see below) and the Sun-Saturn pair of planetary energies which brings in America's natal Sun-Saturn square of July 4, 1776 for any mention of the pair here on Stars Over Washington most always come with a fresh reminder of that dynamic aspect between the 1776 Sun (leadership) and our national exalted-in-Libra Saturn (lawmakers, lawyers, government officials, the judicial system, mid-level managers, authorities, seniors, and such). The square describes our nation's early struggles for authenticity and the reality of becoming a nation, struggles which eventually gave way to maturity, stability, and a tradition of measured decisions and dependability that many may agree have now been forfeited.

For it doesn't help our cause that the travails of Mr. Trump continue to involve Saturnian issues of authority, authenticity, loyalty, leadership, laws, honesty, steadiness, realism, and truth while transit Saturn demands accountability from him for his past (Saturn) actions. We find threads of this current struggle in the consideration of how transit Saturn in early Capricorn is in process of making a series of oppositions to Trump's natal Mercury (8Can51) while simultaneously squaring his natal Neptune (6Libra) which places the 'reality' TV star's fantasy-prone Mercury-Neptune square under scrutiny of Saturn's truth-demanding rays while placing karmic obstacles (square) against his Neptunian dreams and impractical or unorthodox ideas. For Trump it's all about appearances and PR yet this can never satisfy realistic Saturn who demands substance, honesty, and measurable results.

Actually, the next exact aspect from karmic Saturn to his unstable Mercury-Neptune square perfects on the very June 27, 2018 of which we now speak when tr Saturn squares Trump's natal Neptune--and then again on November 11, 2018. Completing 2018, a final opposition from Saturn to Trump's natal Mercury perfects on December 10, 2018 marking a period when his anger and frustration are likely to rise to an even higher pitch due to limitations and restrictions, all thanks to sober, no-nonsense Saturn, planet of The Establishment. The Letter of the Law comes to mind along with the fact (Saturn) that in America no man is above the law. Or at least, we say so quite regularly.

Now over and above Mr. Trump, by way of the June 27, 2018 Sun-Saturn opposition we actually have a two-fer transit affecting or activating America's natal Jupiter (5Can56--'6Cancer' = "Game Birds Feathering Their Nests" an apt description of the Trump 'administration'). Transit Sun conjoining US natal Jupiter brings a brief period of dramatic or flamboyant events (old news with camera hog Trump, I know) when long distance travel, foreigners, and associated issues are emphasized, finances, expansion, and/or development come into sharper focus, and the judicial system is prominent--already the case, yes, but add the weightier opposition from tr Saturn, planet of karma, and a culmination or fulfillment stage, as noted, is perfecting so that what has been sown will be reaped. Plus, with Saturn opposing US natal Jupiter a period arrives when past failures and neglect of responsibility are featured (and perhaps are brought before the court--or will long-neglected bridges fall?), plus, it's a time when rules, regulations, and/or laws may haunt (or convict) those who flaunt them. Ongoing are challenges from authorities who question integrity, honesty, and/or leadership while success-at-any-cost methods tend to result in loss more than gain.

Of course, all these cosmic influences can be affected or moderated by other planetary transits and progressions--and on the physical plane by those who blackmail others in order to keep the demands of legal Saturn abated, delayed, or denied. Yes, Washington DC tends to run on blackmail and there are many who would speak out against the current crop of criminals if they could but they are held in check by threats and intimidation if not outright bribery and pay-offs.

This Full Moon is the culmination stage of the June 13, 2018 New Moon @22Gemini44--conjunct the natal Sun of Donald Trump--and conjunct America's natal Mars (note the militaristic events surrounding the recent Trump-Kim 'Summit' in Singapore, a 'new phase' in US-NK relations). Since Trump was born on June 14 (1946) this lunation was basically a New Moon in his Solar Return 2018 chart, a birthday gift from The Cosmos. A new cycle of activity in his solar year is indicated by such a fortunate condition which we previously discussed via Trump's Solar Return 2018 with His June 26th New Moon (horoscopes shown). It seems that cosmic synchronicity abounds these days for Donald Trump and therefore, for the American people. His fate is our own, more's the pity, though some continue to insist that this is a good thing. We'll see.

Well, that's my post on the upcoming Sun-Saturn opposition, US leadership, and the June 28, 2018 Full Moon, such as it is. My ongoing recuperation from eye surgery makes it difficult to spend much time in front of a computer screen so I'll close for now with the hope that this post has given either of you a little food for thought as we ponder the fate of our compromised, sold-out nation. jc

For more information concerning beautiful Saturn, don't miss astronomer Brian Ventrudo's helpful Guide To Seeing Saturn in 2018 for the ringed beauty will be 'above the Teapot' in late June!

I'm having a personal trajectory on this, and I'll have a big event coming on June 27th. Plus, Tr Sun will be moving past my natal Saturn.