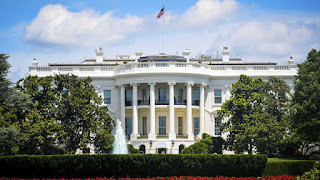 In light of the many posts published here the last two years concerning the intellectually challenged, emotionally driven (natal Moon conjunct South Node conjunct Ras Alhague) Donald Trump, this post is a shout-out to the new book The Dangerous Case of Donald Trump compiled by two dozen psychiatrists and psychologists and made ethically necessary for the sake of our country due to their professional duty to warn.

Today the book is trending number 3 on Amazon's Best Seller list. Yet alternately, voters on November 8, 2016 could have simply listened to the multiple warnings concerning this unfit-for-office moronic bully (Leo Mars rising with royal Regulus, 'the king') which were repeatedly provided the American public by mundane and other astrologers.

After all, the Jupiterian Mr. Trump is his 10th house oriental Uranus, planet of chaos, shocks, disruption, and radical reforms (see link, below), a know-nothing who cares not at all for the unintended consequences of his poorly thought out plans and quixotic notions that are intended to boost his reputation, keep his name trending atop the 24/7 news cycle, and further line his off-shored pockets.

After the Revolution: The Oriental Planet of Donald Trump, his 'guiding planet' in often duplicitous, always chatty, Gemini;