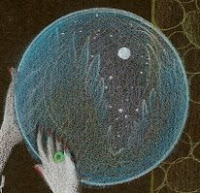 Yesterday we discussed When Jupiter Returns to his Spring Equinox 2019 position and how he's traveling currently in retrograde motion @24Sagittarius. This position opposes the natal Jupiter of Singapore where Trump and Kim Jong Un met for their much-touted
Singapore Summit so bromantically in 2018. Since then, North Korea has launched and laughed to the detriment of Donald Trump although he pretends not to care. Apparently, Jupiterian hope springs eternal for the fantasy-prone Big T.

Now whether the opposition between transit Jupiter while in its own sign of Sagittarius and Singapore's natal Jupiter in Mercurial Gemini has any significance for denuclearization talks or negotiations either then or in the future I know not, but keeping an eye on astrological Jupiter's path and aspects is always a good idea in relation to anything that may expand, increase, grow, or balloon beyond safe limits. It's the old 'too much of a good thing' isn't so good concept along with the slippery slope that overblown Jupiter can make so very enticing.

And as we know, Trump likes his 'diplomacy' efforts to exist only on a personal level, plus, both men are Jupiterian by girth and style, both pompously promote their causes, and both make promises they can't or won't keep. So perhaps the Jupiter vs Jupiter opposition relates to a personal stand-off situation between the two 'lovers' based on the time they met in Singapore with stars in their eyes and with the unprepared Trump playing the gullible role (whether he was aware of it or not).

Yes, I agree that it's all very gross...which is another Jupiterian concept just like Trump's over-expectations of what denuclearization means when Kim Jong Un mentions the word. So is Trump being played for a fool by Kim? Or is Donnie in on the joke? What do you think? Any thoughts?

Above image: an excerpt from my drawing Bubble Vision dedicated to Trump who lives in his own bubbly world while plying the real world with frothy fantasies of his pomp and glory.
Posted by Jude Cowell at 12:21 AM

Your thoughtful reports force me to look at the macro effect. Planetary aspects are coming fast toward us, between June 14 and 24, that may throw the world into so much chaos no one notices another tweet from the bubble – except that this time it may even shock his blind-deaf followers. Our very own ‘emperor has no clothes-leader' is at war with the world. It has changed our country and like every other world war none will escape suffering. History will write a scalding report, but that offers little comfort.

You're right they are both so gross.

Sadly, no tragically, I must agree with you. Thanks for commenting. Jude