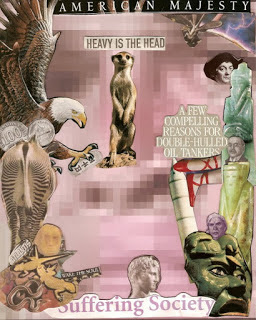 This is a heads-up for those who may be interested in ancient star lore of Virgo the Virgin, Spica (celestial symbol of the Washington Monument), Scotland's Rosslyn Chapel and its Masonic Legacy, Knights Templar (who are said to have created Switzerland expressly for their banking purposes), and other esoteric topics: there is an astoundingly informative article by astrologer Ed Kohout that you may wish to check out.

As for Campaign 2016, have you noticed how the Republican burglary of Democratic headquarters which resulted in the Watergate scandal resembles the current hacking (theft) of DNC emails? By which I imply: have Republicans enabled hackers in order to interfere with Hillary's chances for a second White House occupancy? Just wondering since America's political class is stuffed full of crooks on both sides determined to win at any cost. No dirty trick is too low for these varmints!

Related posts: Founding of the Federal City 1791 (includes DC's natal horoscope) and US Eclipse August 1776: Thor's Hammer, Isis' Key, and a Bucket (includes Leo Eclipse horoscope with themes that best describe the founding of America rather than the previous eclipse @00Pis33 which manifested prior to July 4, 1776). Also see Astro-Notes: Solar Eclipses 2015--2017.

Plus, a Coming Cosmic Event is The Great American Eclipse of August 21, 2017 @29Leo (conjunct Mr. Trump's natal Mars rising and Ascendant--with royal star Regulus -- will his "Make America Great Again" be the tragic eclipse of our nation?)

The August 2017 eclipse falls into the 1 North Saros Series and is the first repetition of the August 11, 1999 King of Alarm Eclipse (horoscope shown) associated with the Nostradamus prophecies. Substitute the word 'Terror' for 'Alarm' and we have the major theme of the New Millennium as finagled by crooked politicians and their banker enablers intent on global domination.

Remember the Bush-Cheney color alerts meant to ramp up our fear in their "war on terror"? The thuggish alerts were so ridiculed ('puce' and 'magenta' were favorites of mine) that Washington discontinued them along with 'sheets of plastic and duct tape' for our doors and windows. How the ruling class must have laughed over that silly advice which, as usual, made monkeys out of decent people and kept the ill-gained reins of control in the claws of the ruling elite.

A Swiss Note: the "lucky break" 19 South February 26, 2017 Solar Eclipse hits the 8 Pisces Moon in the natal 'Constitution' horoscope of Switzerland (Campion) set for September 12, 1848 11:12 LT Bern (Moon conjoins natal IC 7Pis54). This horoscope also shows that Switzerland is in process of a Uranus Return to natal degree of 21Ari26 Rx--conjunct the bankers' Pluto (27Ari34 Rx--both planets in natal 5th house and so the Uranus-Pluto conjunction is activated. Transit Uranus to natal Pluto denotes a time of abrupt changes to familiar patterns and social traditions, and a potential for disturbing situations and hidden fears which are difficult to confront for the people (Moon).

Above collage: 'His American Majesty' by yours truly. Can you recognize the face of the crook in the center?