Fed up with the fairy tale that our economy is in recovery - that this a a Summer of Recovery? Yes, I wish the tale were true, too, but Gerald Celente disagrees. August 2010 is the 3rd anniversary of the US financial collapse and 3 years in, we're still being fed pablum, bromides, slogans, and lies while many Americans eat gruel for their one meal a day. American children go to bed hungry while endless war continues to be funded.

There are forces in the world that decided on America's demise and as long as plutocrats rule we'll stay on a downward course with little if any correction. We'll continue to hear finagled stats and numbers that promote political aims but which give only lip service to easing the suffering across this land.

Billionaires are banding together to donate half their fortunes with much of the funds going to benefit other nations even though doing business in America is what made it possible for many of them to profit so abundantly. Everyone is supposed to say, Ahhh, how sweet of 'em, while their tax situations benefit handsomely from their calculated largess.

Gerald Celente says our schools and government look backward, not forward. Remember how much was made about Ben Bernanke's input because he's a Great Depression expert? At the time, I thought that could also work against us - he knows the financial crash drill, the ins and outs of how to collapse the US economy. He of the Fed also knows that he who prints the money rules the government.

Okay, I'll hush now. But please watch the 6-min-31-sec video even though it isn't fairy-tale-like. In it, Mr. Celente provides another dose of reality which the transit of Saturn to US natal Neptune (grim reality or making dreams real - guess which one for the American people) in August-September 2009 should have made clear before now like a huge splash of cold water (politicians' lies notwithstanding.)

Actually, perhaps it did and is probably one of the many reasons Americans have little confidence in the US government right now: with the so-called American Dream squashed and shown to be a Big Lie, we've seen the government's true oligarchic, plutocratic face that cares only for the rich, and its face is much uglier than we first imagined. 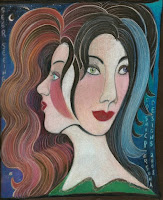 Hermesia looks backward and forward simultaneously which is the best way to figure out the present.

Plus, be sure to check out Lynn Hayes' excellent article from 2009 concerning Financial Collapse 2008 and the futurist predictions of Gerald Celente: Revolution or Renaissance?
Posted by Jude Cowell at 10:11 AM

I'm a big fan of Celente. I wrote about him last September: http://astrodynamics.net/blog/2009/09/18/gerald-celente-revolution-or-renaissance/

All over the astrologer's internet I am encountering the Jungian "active imagination" regarding this transit of Pluto through Capricorn. All of this stirring of gravel to find some seeds is truth but it is not the whole story: we will experience this but not alone and not by its self.
Myself I welcome a level simplicity even if it perhaps is my end and I do fear the hatred so many seem to be cultivating.
Sitting here in Starbuck's because unable to pay Comcast I already understand the need to simplify,simplify,simplify. I have had more fun since I spoke out about my temporary money issues-so many "friends"have "written" to say that they too are having a hard time keeping the bills and the purse in harmony.
I love you and wonder how you are able to keep things in the air (think juggling here). I always know that you will get me to thinking about a new thing.

Thanks, Lynn, will check out your article! Jude

Singing Sparrow, m'dear! Always good to hear from you. Juggling is a good word for life in America these days and i'm sad that you and others are struggling so.

Yes, my real world business is down, it's true, but i guess this Sun, Mercury, Mars, Jupiter Cap doesn't know how to quit!

Well, i hope you stay safe, Clymela. That's sometimes the best we can hope for in these trying times, isn't it? Jude