In the Realms of Jupiter: Reince Priebus 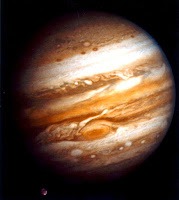 First, here are a few astro-notes concerning the natal planets of White House Chief of Staff Reince Priebus which were posted to SO'W prior to RNC 2016 and its Capricorn Full Moon conjunct US natal Pluto if you care to take a peek.

And here are some explanatory details about this series of posts on the natal Jupiters of Mr. Trump and a few of his White House associates.

Of course, you've heard by now of the 'open war' between Priebus and Trump's new Communications Director Anthony 'The Mooch' Scaramucci over 'mystery' leakers lurking within the White House (one of whom is Donald Trump).

Eek! 5:22 pm edt UPDATE: a few minutes after this was posted, I saw a WaPo headline that Trump will replace Reince Priebus. We'll both want to check into that!

If you need it, ABC News has the Priebus-Scaramucci cat fight. Rraowwrr! And here you can view an accurately timed (RR: AA) natal chart for Reince Priebus showing a Scorpio Ascendant ruled by Mars, co-ruled by Pluto, and a Locomotive shape lead by powerful Pluto.

Now, while Priebus is still yoked to Trump, let's consider the natal Jupiter of Reince Priebus born March 18, 1972 in Dover, New Jersey. Natal Jupiter, the planet whose natal sign reveals how we relate to others, is at 6Cap13 and is unaspected--unless we choose to count Jupiter's waning square to Pluto (5S30) which we will consider, below. In earthy Saturn-ruled Capricorn (the authority) is usually uplifted and uplifting but may exhibit a certain lack of bouyancy. And since there are no major aspects to or from sociable Jupiter, its sign and position function quite purely although an 'ivory tower' tendency may be prominent and a detached or disconnected air noticed in his personality (Tierney).

Additionally, Priebus' natal Jupiter is not involved in any midpoint pictures which would have helped attach to some degree the planet and its relational abilities into his psyche via aspected planets. However, a hefty amount of idealism is a primary feature of an unaspected Jupiter and a certain 'far-awayness' aura may be noticed. Yet in Earth signs, Jupiter most often shows good judgment (well measured in Capricorn), reliability, and much interest and talent in financial realms--especially since his natal Jupiter is posited in his 2nd house of Earning Ability, Self-Worth, and Possessions. And although Jupiter rules his 2nd house (cusp 28Sag53), sign Capricorn and Jupiter itself are intercepted (Placidus) which tends to delay or interfere with the ease of the planet's functioning (as does ruler Saturn) and may denote karmic conditions from the past which haunt finances or other realms of Jupiter. These may be due to an ancestral situation or family myth, or perhaps from a natal tendency of his own.

Now if we wish to consider him as having a Jupiter-Pluto square (separating and thus unconscious, and half a degree beyond 5 degrees so not as strong an influence as it would be if closer) we may see Mr. Priebus as a wheeler-dealer engaged in large-scale projects and, being mired in Politics (that 'organized system of hatreds') and having lucrative financial involvements, perhaps he is just that. Expert astrologer Alan Oken gives this aspect as 'misuse of knowledge' and 'an often frustrating drive for power', and says it describes one who is 'rarely satisfied with their place in life and consistently trying to better themselves, often at the expense of others'. Oken labels Jupiter square Pluto as, The False Prophet but I must leave it to others who know Reince Priebus to determine how closely this may or may not describe the man. Whether such misuse of knowledge includes leaking information from the White House I cannot not know.

The Sabian Symbol for Jupiter at '7Capricorn' = "A Veiled Prophet of Power"...SUPREMACY; positive expression: unerring insight into the motives of men and a consequent gift for organizing their efforts along any given line of accomplishment (yes! as Chairman of the RNC--jc); negative/unconscious/shadow side: inability to distinguish true values from false. Oh my goodness, is Priebus as bad at distinguishing true from false as Donald Trump?!?

So perhaps we should consult the esoteric degrees of Adriano Carelli for '7Capricorn' to gain more insight...

The Sphinx. The whole of the sign Capricorn is a labyrinth, of which this degree especially stresses such scientific and engineering skill as to be really worhty of Daedalus, and drives to the utmost its defects of puzzling and selfish secretiveness.

A labyrinth: will the native be its maker or its victim? Or, like Daedalus, both at the same time? A Sphinx: is the riddle in the native's self, or waylaying him at a bend of the road he is to travel? And will the riddle be of material, intellectual or spiritual nature? Will there be political, or feminine, intrigue?

The Sphinx would rather not be asked questions. She is to ask them herself. As usual, the whole of the nativity will have t help formulate the answer.

Should the native be a man. and he be involved in political intrigue, there is sure to be a woman somewhere. The native may fly high or land in jail, may be exiled or die a tragic death. It is the end that counts. (My italics.)

As you know, in Greek Mythology, Daedalus built the labyrinth, and one of his sons was...Icarus.

Well, those are all the notes I have on the natal Jupiter of Reince Priebus for now but I want to add here a note about his natal asteroid, Icarus (whose wings melted when he flew too close to the Sun): the August 7, 2017 Lunar Eclipse conjoins his natal Icarus @15AQ so more leaks may drip out or secrets may be inconveniently revealed, thanks to the Lunar Eclipse (followed by the Total Solar Eclipse of August 21, 2017), and it will be interesting to watch as the eclipses approach to see if Mr. Priebus holds onto his White House position, crashes and burns like Icarus...or simply manages to fly away.

'7Cap' info from The Sabian Symbols in Astrology, Marc Edmund Jones; 'The Sphinx' details from The 360 Degrees of the Zodiac, Adriano Carelli.

Guess we can say the fate of Reince Priebus is listed above--exile from the White House.