As Above, So Below for Donald Trump

August 21, 2018: Today in Alexandria, Virginia, jurors found Paul Manafort guilty of 8 out of 18 counts of felonious activities while Trump fixer Michael Cohen pleaded guilty in his many-faceted case and pointed a finger at Donald Trump ('candidate') as the co-conspirator who directed him to pay Trump amours Karen MacDougal and Stephanie Clifford in order to protect Trump's 2016 campaign for the presidency. Campaign finance violations may attach.

But predictably, GOP lawmakers try to distance Trump from Manafort and Cohen as democrats pounce what with the 2018 midterms upon us and Mr. Trump's legal exposure from these outcomes remains to be seen in the coming days and weeks.

That was on Earth. Overhead in the starry firmament, today's Sun returned to its degree at last summer's Great American Eclipse (28Leo52) which precisely conjoined the natal Ascendant of Mr. Trump (remember he took off his safety glasses to stare directly at the eclipsed orb?)--and perfected not far from his rising Mars @27Leo. Rounded up to 29Leo, the eclipsed Sun's degree one year ago today and therefore, today's Sun position, are at a critical-crisis 29th degree.

Even starker is that royal 'kingmaker' star Regulus is in the solar mix and rises in the natal chart of Mr. Trump as we recently discussed. All the Royal Stars of Persia contain great gifts but include serious cautions which, if neglected or ignored, are not so forgiving. In fact, this sounds a bit like karmic Saturn who rewards only those who honestly deserve it. He will not be trifled with! 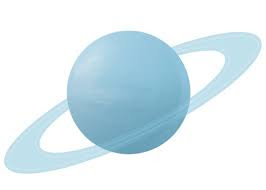 Yet there's another factor in the 2017 eclipse chart that tells a difficult tale in line with today's legal events--that 2017 Saturn @21Sag11 precisely conjoined the sensitive natal Moon of Donald Trump and very soon went on to oppose his natal Sun (22Gemini), either of which condition represents sobering times. His having the Nodes involved with his natal Sun-Moon opposition only adds more karmic flavor to these transits and spotlights the legal events that, as of today, will begin to threaten Mr. Trump in earnest.

Because we know that Saturn's realm includes the legal system, lawyers, judges, karmic decisions, restrictions, limits, scrutiny, and--perhaps most importantly--accountability, something Mr. Trump has already attempted to distance himself from (today's Manafort convictions "have nothing to do with me," he says). To natal Moon, harsh Saturn tends to bring feelings of emotional deprivation and turmoil and can even herald a forced change of residence if other factors agree. The family isn't faring very well either. Opposing natal Sun, one's ego and sense of pride are affected negatively by authoritative Saturn so that goals are delayed, hindered, or blocked while failure to accept responsibilities will not satisfy the rightful demands of taskmaster Saturn. Leadership, integrity, and honesty are challenged and if one has broken (Saturnian) rules or laws in the past, it can mean the eventual loss of something even more valuable. Such difficulties and worries might also signal a health breakdown approaching especially if the recipient of Saturn's rays has reached a ripe old age, or if chronic conditions exist.